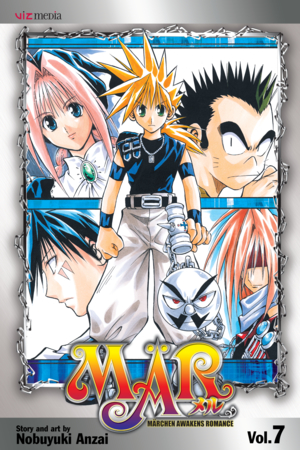 The battle to save MÄR Heaven heats up as the terrifying Phantom and 12 other Knights descend on Reginlief castle to declare death to the world! But these scare tactics don't work on Ginta. He's more determined than ever to beat the Chess Pieces and save his friends, starting with Ed. Using Babbo version three, the Guardian Alice, Ginta manages to lift the curse and separate man from dog! But the victory is unfortunately short lived as, on the eve of the next War Game, most of Team Mär is sucked into the alternate dimension of the Training Gate! There they face their most powerful enemy yet--themselves!