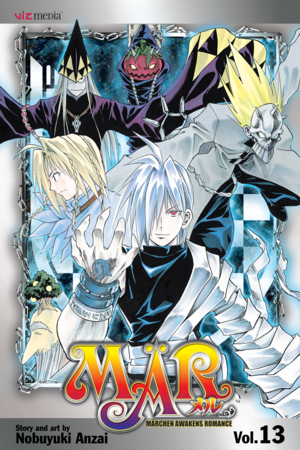 Let the final battle of the War Games commence! As the members of Team Mär go into battle, each must defeat the chess opponent that stands before them in addition to overcoming their own personal demons. Insecure Jack must prove once and for all that he is worthy of his father's memory. Alviss struggles with the dark allure of immortality, while he must fight Rolan, the only opponent he's lost to in these games. And things really get going when Dorothy takes on an opponent unlike any she's faced before. Meanwhile, Alan is shocked to discover that he must battle an old childhood friend!