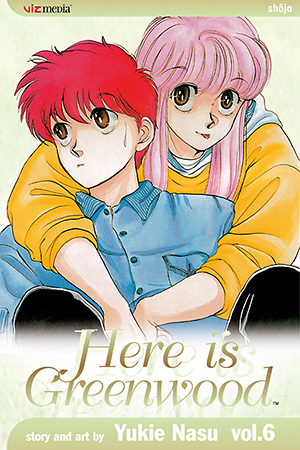 Kazuya Hasukawa enrolled in the prestigious Ryokuto Academy to get a little ivy-walled peach and quiet. He had no idea he'd be assigned to Greenwood Dormitory, the school's haven for eccentrics, where anarchy is the order of the day, every day. This time around, Shinobu's usual Valentine's Day worries--three dates at once!--are interrupted by a visit from a space alien. Mitsuru organizes a baseball team to settle an old grudge. And Kazuya is put through his paces in preparation for the most fearsome task imaginable: filling Mitsuru's and Shinobu's shoes as the new Dorm Head!

But things don't get really out of hand until the boys run into their old friend, idol singer Nitta Mieko...who invites Mitsuru and Shinobu to appear in a TV commercial! Can Greenwood survive a brush with stardom?