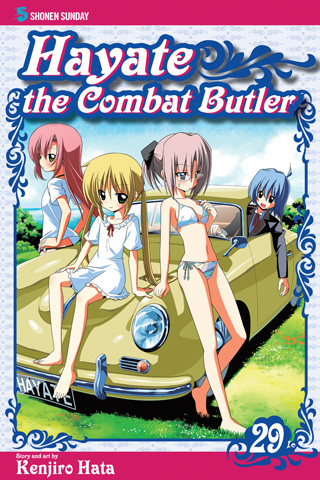 Nagi is determined to become a hit manga artist, and only one muse can inflame her with inspiration—Hayate in drag. As it happens, Hayate’s been spending a lot of time in skirts since he became BFFs with idol singer Ruka, who’s under the mistaken impression that he’s a girl. Are Hayate’s many other love interests confused by his increasingly fabulous choice of couture? Well, yes, but at this point, they’ve learned not to ask questions.