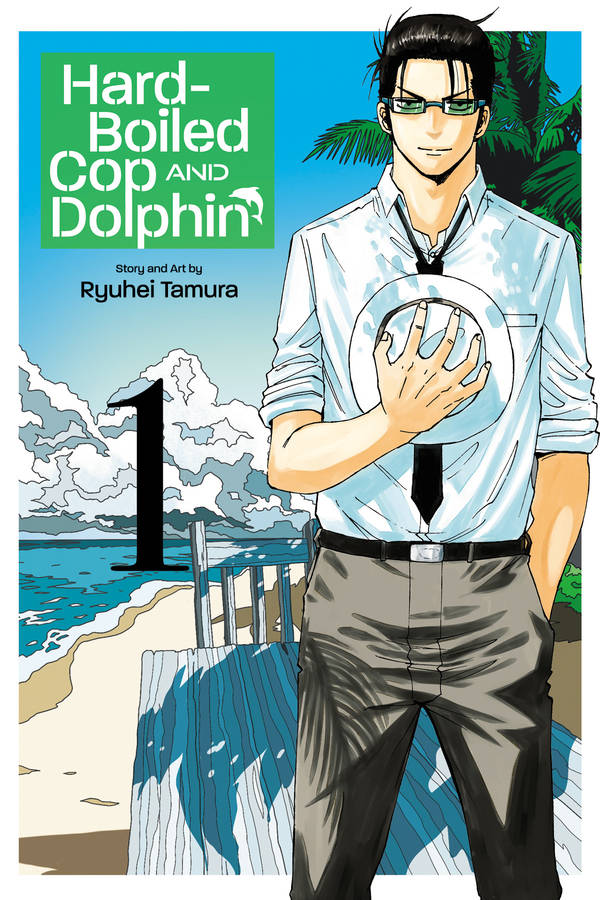 Boyle Samejima is a tough-as-nails cop with a love for hard-boiled action. He's so hard-boiled that his inner-monologue boxes have blood splatters on them! But after he punches a suspect in the middle of a hostage situation, he's shipped off to the remote island of Anegashima near Okinawa. Soon after he arrives, he learns that this island is anything but quiet and peaceful… The precinct is in the middle of an investigation involving the mass disappearance of a cult that worshipped a little girl who is said to have been raised by a dolphin, and that little girl is in their custody. But when Samejima arrives for his first day of work, he's faced with the shock of his life! His new partner, the father of that little girl, really is a dolphin! It's okay, though, the dolphin can walk on land and has two hands...and can talk!

If you like Hard-Boiled Cop and Dolphin, VIZ Editors recommend: