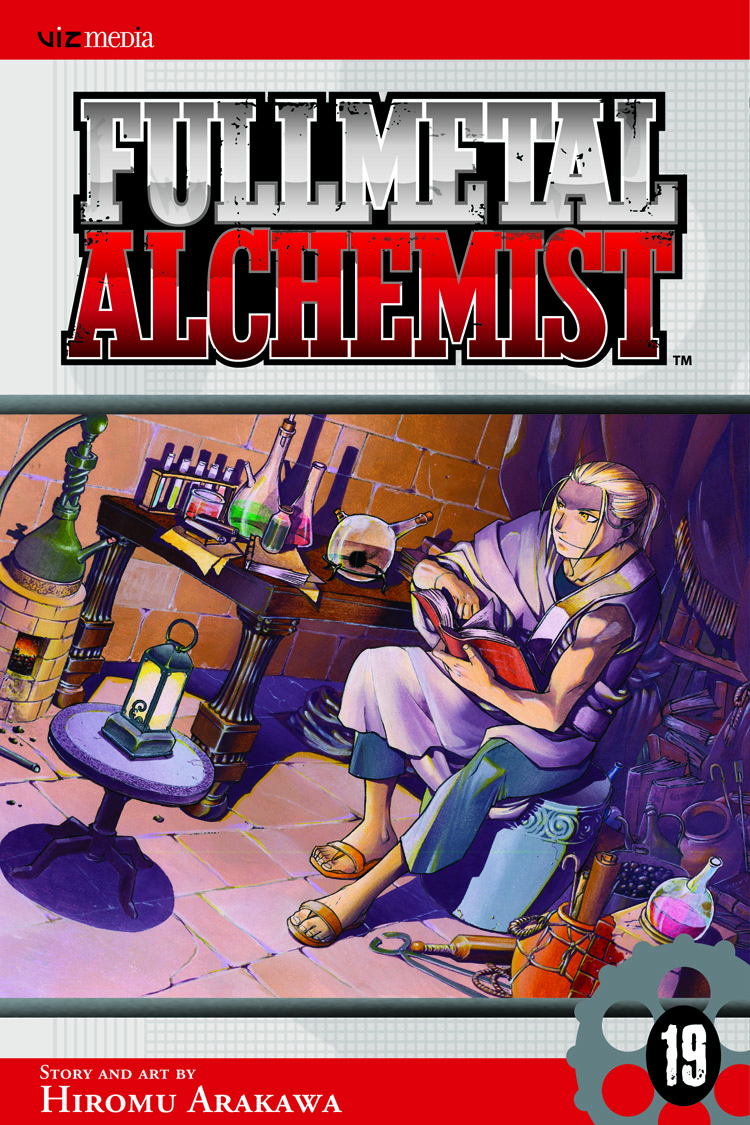 Ed's clever plan to take out an enemy leaves him severely injured... Can he cheat death? One of our friends discovers the ironic secret behind Scar's brother's transmutation notes. And Major General Armstrong meets with evil homunculus President Bradley. Whose side is she on again...?

Plus, the disturbing origin of Ed and Al's immortal father finally revealed!