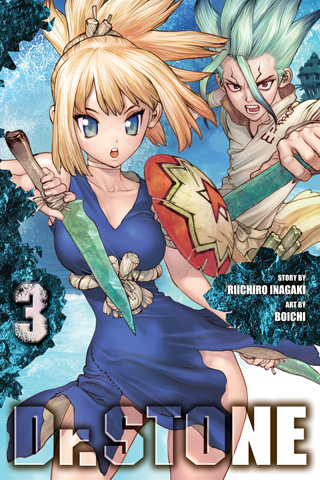 Upon arriving at a primitive village, science fanatic Senku schemes to recruit the villagers to help him bring about a new civilization based on science! His first target is a young, inquisitive villager named Chrome, whom Senku wins over by defeating him in a battle of wits. Their first big task? To find a cure for Kohaku's older sister and the village shamaness—Ruri!