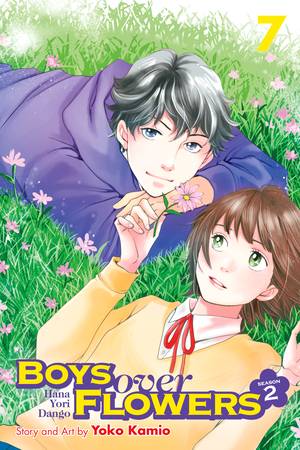 The rivalry between elite schools Eitoku Academy and Momonozono Academy turns into an all-out battle when Tenma Hase, Momonozono’s student council president and fiancé of Oto Edogawa, challenges Haruto Kaguragi, the leader of Eitoku’s Correct 5 and Edogawa’s would-be suitor, to a showdown at the Manly Man Festival! Haruto’s at an overwhelming disadvantage against martial arts expert Hase, but with some help from Sojiro Nishikado of the F4, he prepares to win the fight…and Edogawa’s heart!

If you like Boys Over Flowers, VIZ Editors recommend: