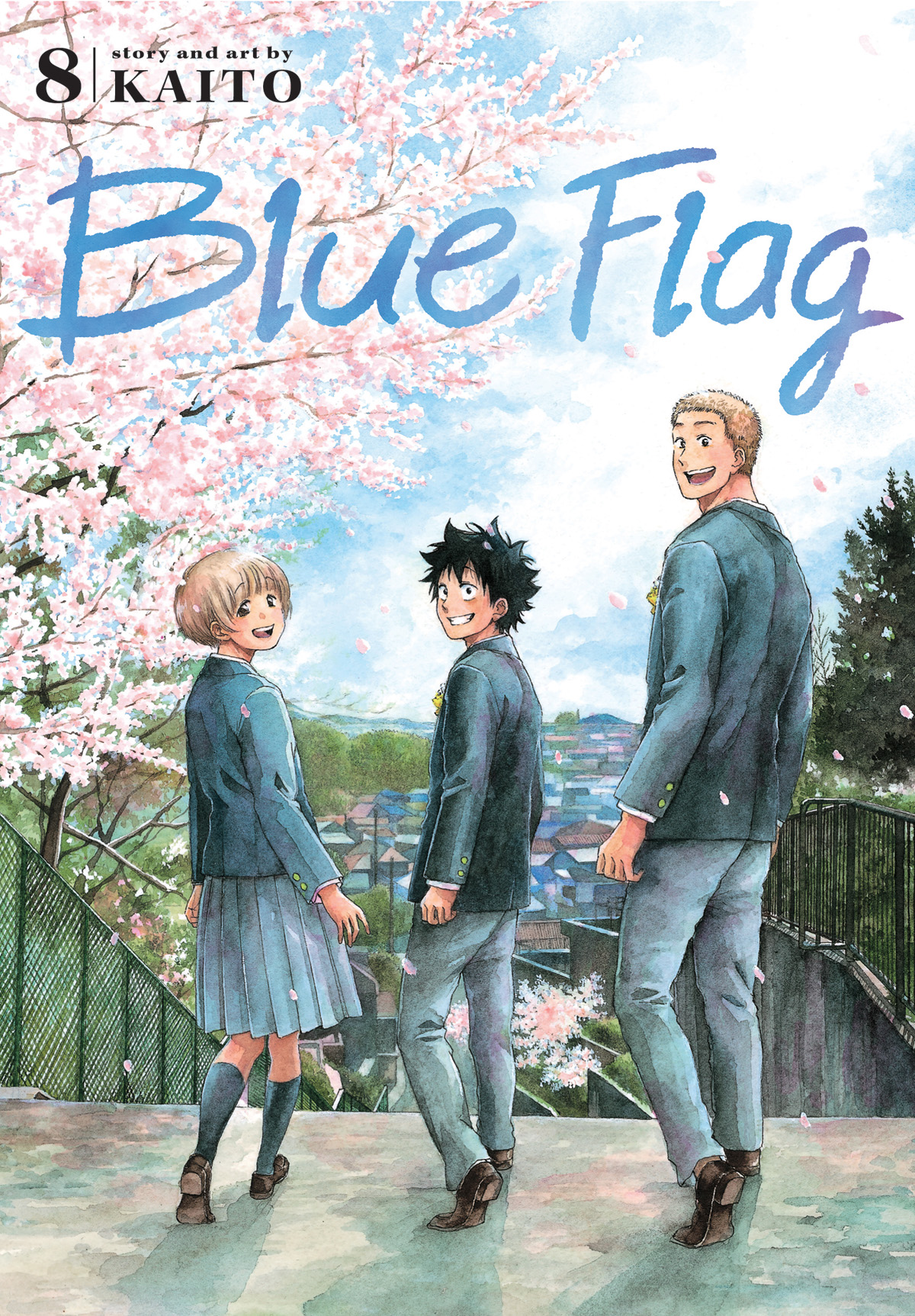 Toma and Futaba have their first sit-down talk after the big fight at school. Meanwhile, Taichi struggles with the problems that have been dumped in his lap by his friend’s choices, and he ends up distancing himself from Toma. Then, one day, Toma stops coming to school. Left in the lurch, what can Futaba and Taichi do? Everyone chooses their futures, and time marches on. Don’t miss the heartfelt conclusion of Blue Flag!