A washed-up god of destruction finds the human world quite perplexing.

Created by Kei Kamiki | MoreLess about Magu-chan: God of Destruction

Long, long ago, the Gods of Chaos were worshipped and feared all over the world. One in particular, Mag Menuek, god of destruction, was the most fearsome of all. But his reign ended when the Holy Knights sealed him away inside a gem for what they thought was forever…until one day, eons later, when that gem washes up on the shores of a rural seaside town in Japan and is picked up by a young girl named Ruru.

Now that springtime’s in full bloom, Ruru and her friends are finally third-year students! But, for some reason, Magu-chan and Uneras have transferred into Ruru’s class. Is this another one of Magu-chan’s tricks? Even worse, Magu-chan gets discovered and confiscated by a teacher! What should have been a gentle start to the new school year is instead filled with chaos!

Other Magu-chan: God of Destruction volumes

If you like Magu-chan: God of Destruction, VIZ Editors recommend: 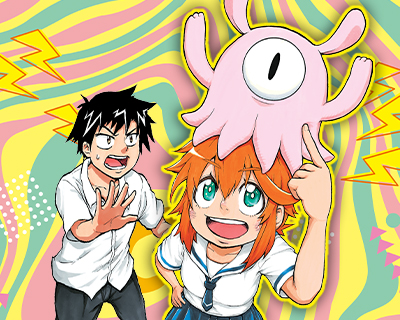 Never miss a new release. Add Magu-chan: God of Destruction to your favorites, and start following it today!