Chikage Deguchi, age 31, reverts her appearance back to age 15 to pursue love and success as an idol!

At age 31, office worker Chikage Deguchi feels she missed her chances at love and success. When word gets out that she’s a virgin, Chikage is humiliated and wishes she could turn back time to when she was still young and popular. She takes an experimental drug that changes her appearance back to when she was 15. Now Chikage is determined to pursue everything she missed out on all those years ago—including becoming a star!

Arina Tanemura began her manga career in 1996 when her short stories debuted in Ribon Original magazine. She gained fame with the 1997 publication of I•O•N, and ever since her debut Tanemura has been a major force in shojo manga with popular series Phantom Thief Jeanne, Time Stranger Kyoko, Full Moon, The Gentlemen’s Alliance † and Sakura Hime: The Legend of Princess Sakura. Both Phantom Thief Jeanne and Full Moon have been adapted into animated TV series.
Add favorite  Favorited

To pursue missed chances at love and success, 31-year-old Chikage Deguchi takes an experimental drug that changes her appearance back to how she looked at age 15. Hanami has left Tokita at the altar. As Tokita deals with the fallout, Haru takes the opportunity to woo Chikage. 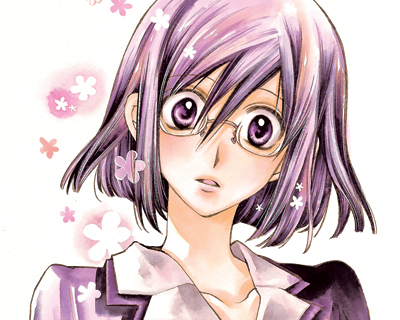 Never miss a new release. Add Idol Dreams to your favorites, and start following it today!