From the creator of Rosario + Vampire, one scrappy girl fights back against grabby ghosts!

Akissa Saiké began working professionally as a manga artist with the four-volume magical-warrior fantasy series Kiruto in 2002, which was serialized in Monthly Shonen Jump. Rosario+Vampire began serialization in Monthly Shonen Jump in March of 2004 and continued in Jump SQ as Rosario+Vampire: Season II. In 2020, he changed his pen name from Akihisa Ikeda and launched Ghost Reaper Girl on the Jump+ platform.

Chloé’s had nothing but success so far as a spirit hunter, and she’s got the bank account balance to prove it! But when she takes on a new high-level job, she may have bitten off more than she can chew. Not only is the target a big one—she’ll have to get along with other talented hunters who want to claim the prize for themselves!

If you like Ghost Reaper Girl, VIZ Editors recommend: 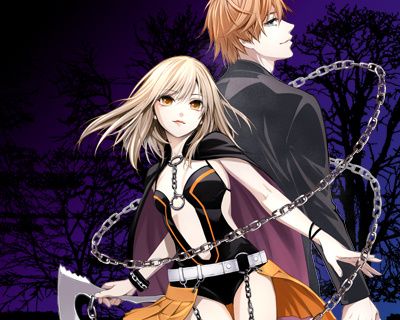