Few real-time-strategy (RTS) games manage to effectively immerse players in their narratives. This is mostly due to the nature of the gameplay: It’s much more difficult to feel any connection to the characters or plot when you are controlling armies of units from the sky, as opposed to the more vicarious experiences of first-person-shooters or RPGs. With this in mind, most developers tend to devote more focus towards perfecting the requisite features of any decent RTS game: detailed graphics, combat diversity, intuitive interface, and balanced factions. While Starcraft II: Heart of the Swarm succeeds in each of those areas, I was particularly impressed by the clever methods employed by Blizzard to make players enjoy the advantages and perks of playing as Sarah Kerrigan. These elements really help to make you feel more interested and involved in the campaign, adding to the quality of the game overall. 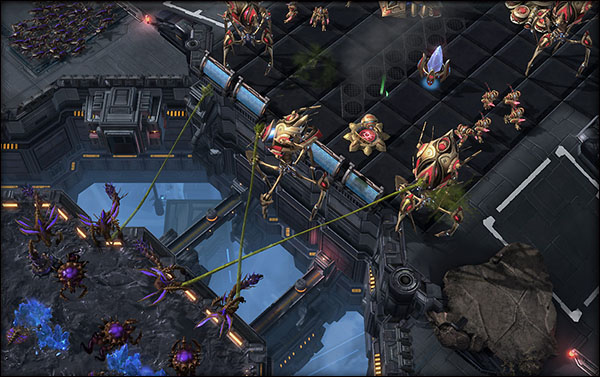 As the Queen of the Swarm, you are given access to many of the regal assets and utilities that your title implies, with a macabre and monstrous edge. Your nominal “royal court” features an advisor-esque character named Izscha, who can answer any questions you might have about previous or upcoming missions. She helps to advance the plot by reminding Kerrigan of her various plans and machinations from her previous reign as the Queen of Blades.

Your flying fortress also comes equipped with a Zerg evolution specialist named Abathur. The bellicose aberration manages the Swarm’s main Evolution Pit and can assist you with the upgrading and customization of your units, particularly Kerrigan herself. He can provide advice on which upgrades you should select for different scenarios, which can be handy since the game boasts a pretty wide array of evolutions to choose from. 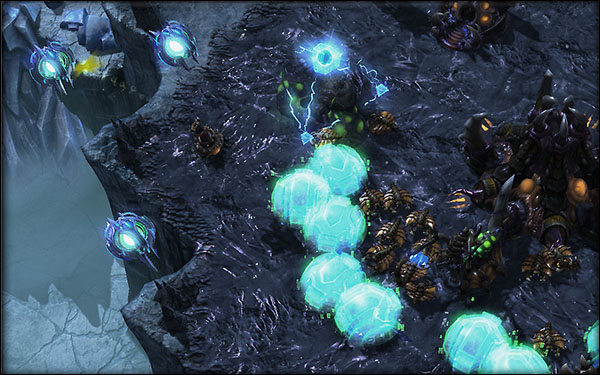 These upgrades to your brood are a very important part of the campaign, with several side missions devoted to the testing and unlocking of new evolutions and new units. Blizzard really made an effort to ensure that the choices you make in this area matter. Without the correct evolutions, you can expect to flounder against certain enemies, forcing you to choose new ones and start your missions over again.

The need to occasionally restart levels isn’t actually as frustrating as it might sound, as this gives you the opportunity to re-watch some of the amazing cutscenes. Cheesy one-liners aside, Blizzard’s cinematics are always gorgeous, and Heart of the Swarm is no exception. The grotesquely biological flesh of the Zerg characters is particularly realistic. The amazing visuals aren’t just limited to the cutscenes either; the graphics throughout the game look incredibly polished. Every unit and every combat effect renders beautifully, which becomes especially impressive during large battles.

Speaking of large battles, Heart of the Swarm keeps in line with previous Starcraft renditions by ensuring that many large-scale engagements between hundreds of diverse units take place all the time, always without a single system hiccup. With the impressively high unit cap, you can train vast armies of Zerglings all day until your spawning pool runs dry, and the game still looks as smooth as an Overlord’s underside. Their back-end programming team definitely deserves praise.

In such massive encounters, your ability to effectively micro and macro your units simultaneously becomes incredibly important, and this would be impossible without scrupulously organized controls, customizability, and an intuitive UI, which the game definitely has. After enough practice, the interface feels so effortless that you might as well be interacting with your units via telepathy as the Queen of Blades herself.

With this great interface eliminating the frustration that accompanies many other RTS games, you are free to focus on a much greater challenge: becoming accustomed to the incredibly diverse game mechanics of the different factions. As is usual with Starcraft, each feels totally unlike the others and has its own unique weaknesses and advantages. Heart of the Swarm adds further polish to this framework, especially with the Zerg. You no longer have to constantly be ordering your queen to create larvae at the hive, which is a great relief. It always felt like a chore, and dissuaded many players who otherwise would have enjoyed the faction’s playstyle from mastering the Zerg. This and many other changes helped streamline the gameplay and add more diversity to the experience. 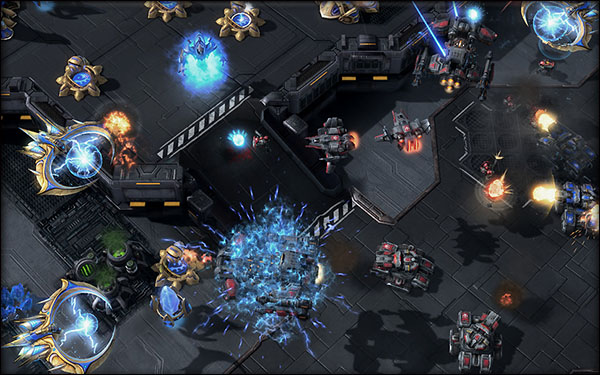 Whether you have played Starcraft before and want a fresh take on a great series, or you’re a newcomer hoping to experience an innovative and immersive strategy game, the thrills you’ll get from Heart of the Swarm are definitely worth experiencing. This expansion stands as yet another great landmark in the RTS realm, and serves as a great buildup to the upcoming third and final part of the Starcraft II trilogy.

Hint: Unlike in other Starcraft games, your faction leader's death doesn't result in an automatic loss, but you should still make an effort to keep Kerrigan safe at the back of the fight so she can always be unleashing her effective abilities on your helpless foes.