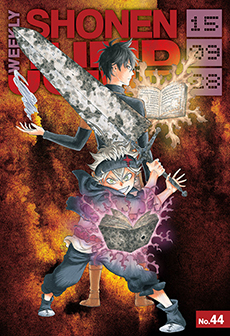 Black Clover cover! Try and say that five times fast! I must say I'm a fan of Tabata Sensei's color palate. The muted color scheme brings a fresh look to SJ covers, which tend to be a lot of bright eye-grabbing colors. And the rust-colored cloudy background is perfectly timed with the beginning of fall. Overall, this is a beautiful and unique WSJ cover. Neat sword, too!

So far, Asta's been able to kick some major magic butt on just about every opponent he's come across. But the one he's fighting now had the cajones to attack a city full of magic knights. So this is about as far from a typical foe as it gets! And this guy seems to be a few cards short of a Magic deck. Has Asta finally bit off more than he can chew?! 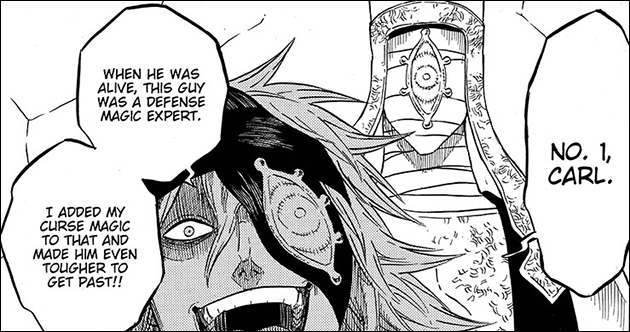 Saying One Piece has been really great lately is kind of like saying that water's been really wet lately. This is one of the most consistently great manga of all time. But all manga, not matter how good, has its peaks and valleys. And we're definitely at the top of a peak right now. The Dressrosa arc has been a banger since the first chapter. And even though it's over, even the aftershocks are amazing. Get ready for some more of the finest the world of manga has to offer!

This is one JUMP START that ended way too soon for me. I was hooked from the first chapter and so far all three have been great, and I want to read more. Mononofu has great art, fun characters, interesting subject and solid storytelling. I expect this manga to far and maybe even set off a shogi craze in Japan. Mononofu, it's been an honor. 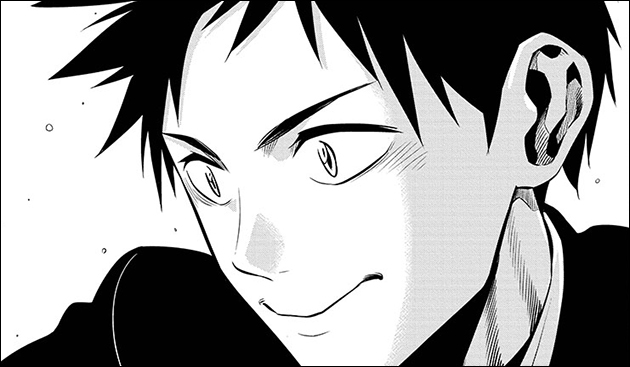 Erina's father is taking over Totsuki, but the students' day-to-day life hasn't changed all that much...yet! Meanwhile, Soma is surprised to the former dean sitting in his room, working out! Why's he there and what does he want with Soma?

Samon the Summoner
by Shun Numa

Class angel Teshigawara's world has been seriously complicated by the sudden appearance of the demon summoner. Well, I guess most anybody's would. But this summoner seems to have a grudge against her goodie two-shoes nature. Not just a grudge, a downright obsession. And he's determined more than ever to find a crack in her seemingly perfect altruistic armor. Can he? Is anyone truly perfect? 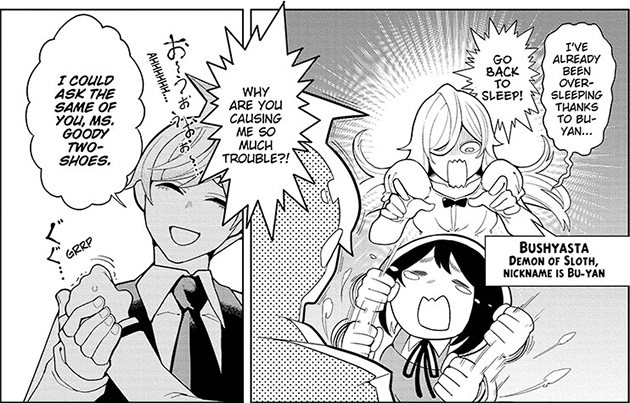 It's back to school and back to training for becoming a hero! But there's a sudden twist that's got everybody's super hero tights in a bunch—there's going to be a test! A very important one! Time to hit the books!

If you've been wondering what the heck is going on in Toriko, this chapter will explain a few things. Then again, it will also give you some more question marks over your head. One thing is for sure—a major, major battle is on the horizon.

The long-running and thoroughly entertaining battle between Mayuri and Pernida has finally concluded! It has been one of my favorite battles in the entire series. I've always loved Mayuri. First for his incredible character design, then for his super awesome gross baby Bankai. And now seeing this fight, my love has grown even more. Hats off to Kubo Sensei for creating one of the most interesting characters I've ever read. 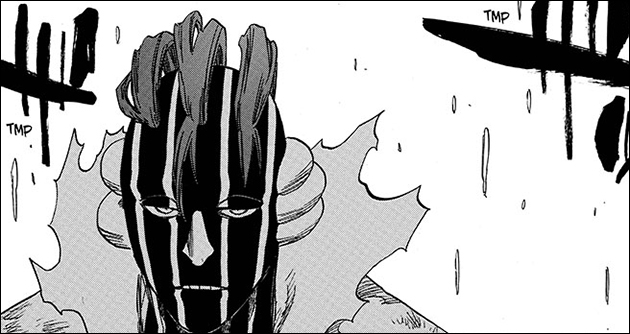 I am a Nisekoi fan. Although I'm an American tough guy who mainly enjoys fighting manga, this series has worked its way into my heart. There's something strangely enjoyable about the manic energy and unpredictability of the series. It's impossible to guess what will happen from week to week and that's a lot of fun. Although it doesn't fit my usual tastes, I have found myself looking forward to reading it each week. And this story arc to save Marika from her cruel mother is a really good one!

Last week's chapter of the two-part Bakuman flashback was great, but this chapter really brings it all together. Plus it features a fan favorite mangaka that will bring a smile to any reader's face. Get ready to grin and feel some warm fuzzies!

So far Ageha's trip to the dystopian wasteland has been quite a bloody affair! The bodies are starting to pile up, and no one seems to know what's going on. Except his friend Sakurako...and she's not feeling well. Looks like it's up to Ageha to find out what's happened to them all and try and keep the others alive while he's at it!