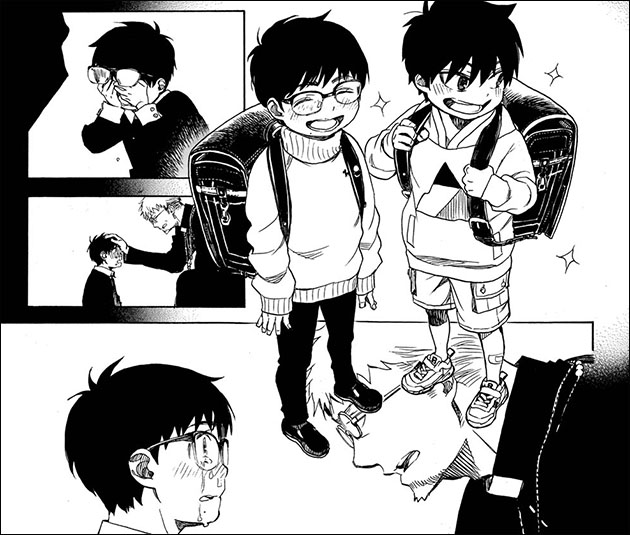 Take a look at the twins growing up! Some tender moments in the middle of calamity! 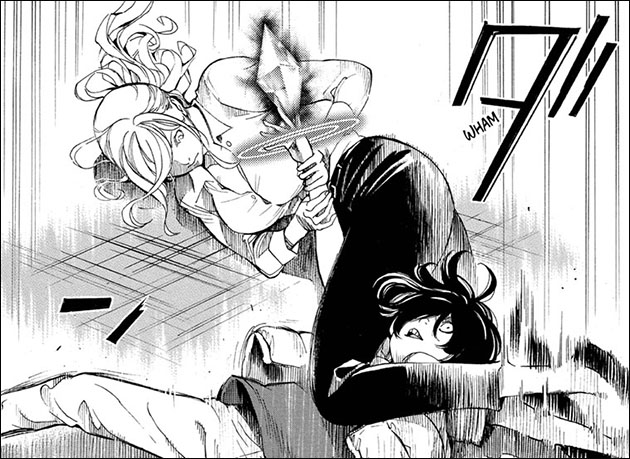 The battle to become the next God gets physical! 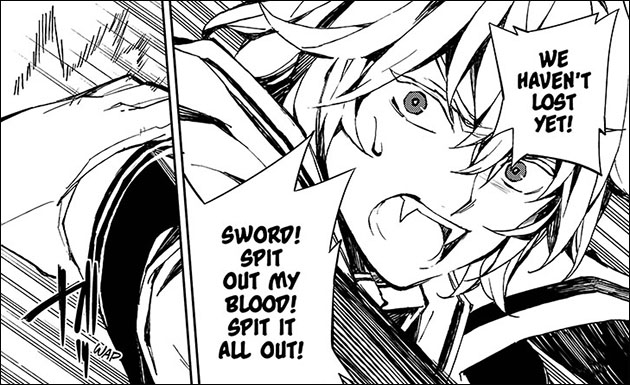 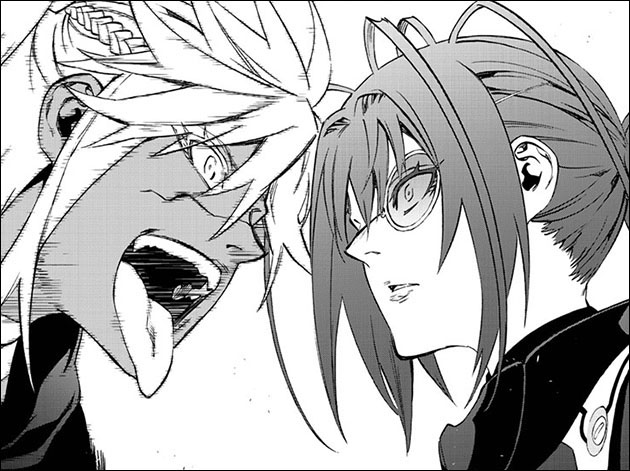 Can the exorcists stop battling each other long enough to take on the real enemy? 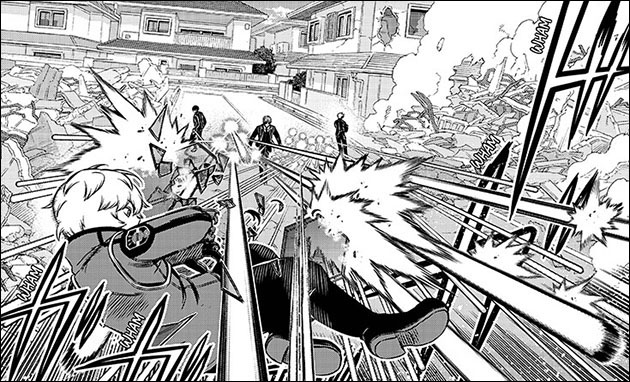 The Rank Wars heat up as squad Tamakoma-2 gets sneaky! 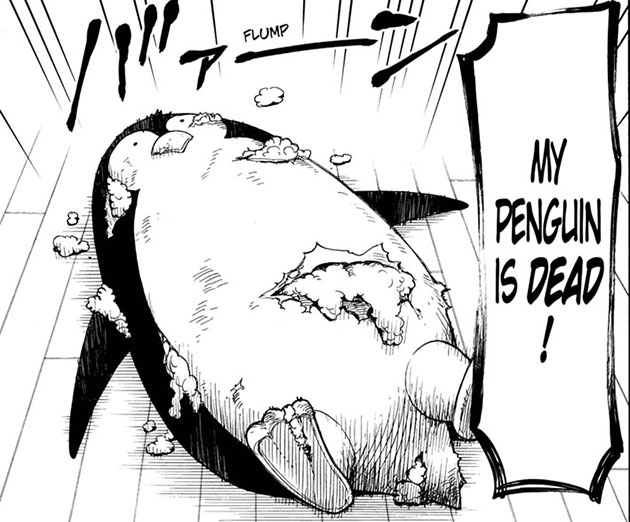 Someone’s taken out Agent Penguinman! A new enemy? Or something worse? 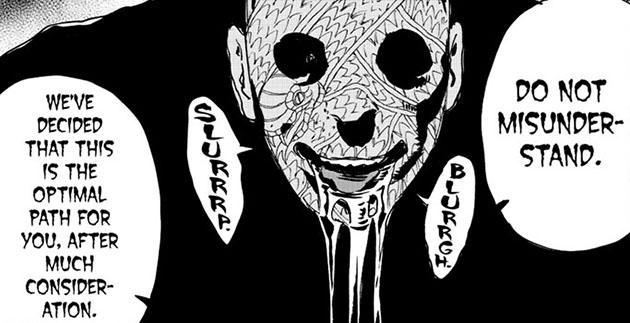 Gabimaru gets some dire advice from some old “friends.” 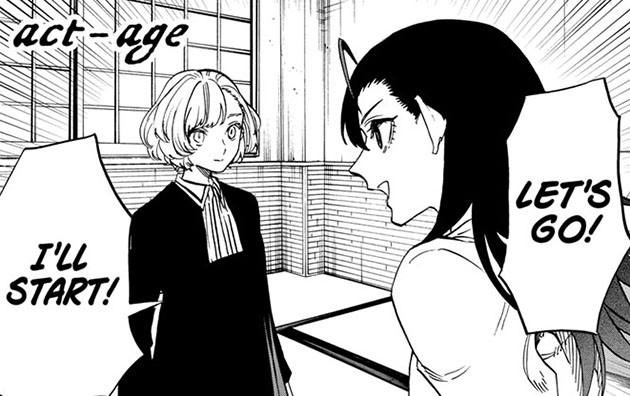 Now that the play’s over, it’s time to party! And for some, figure out the next stage of their career! 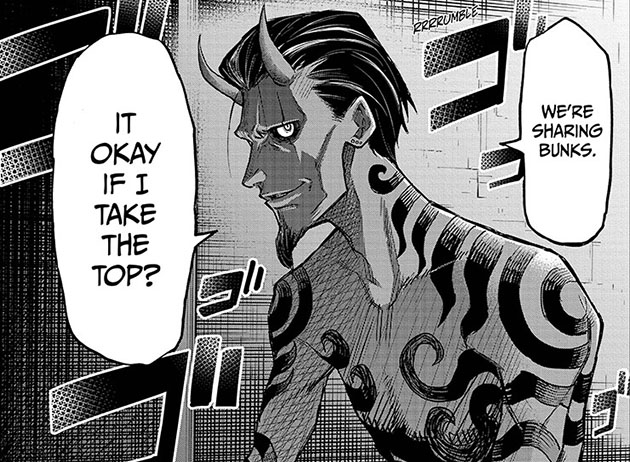 The boys get locked up and find themselves struggling to adjust to prison life! 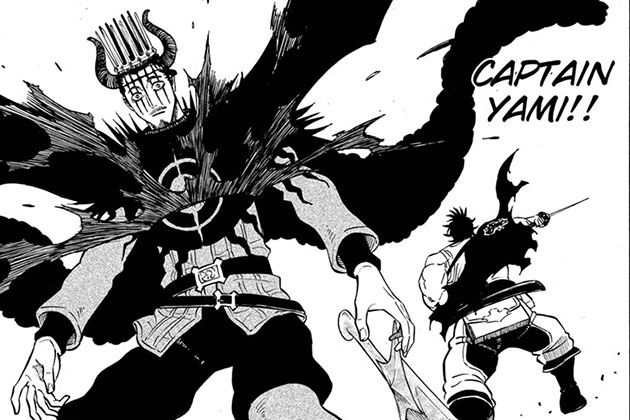 Captain Yami to the rescue! But can he save everyone? 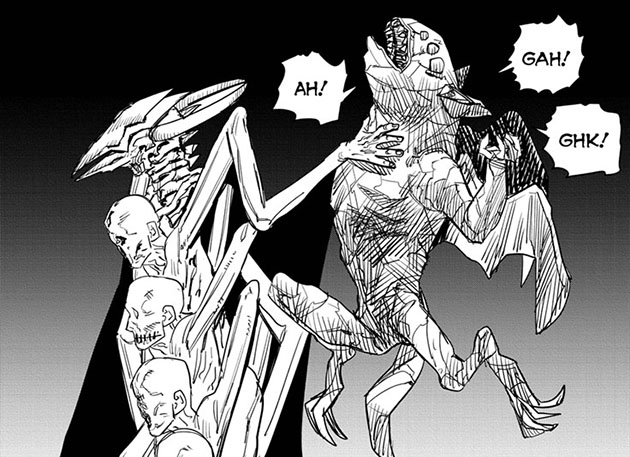 The battle reaches a point of despair! Has Denji finally been bested? 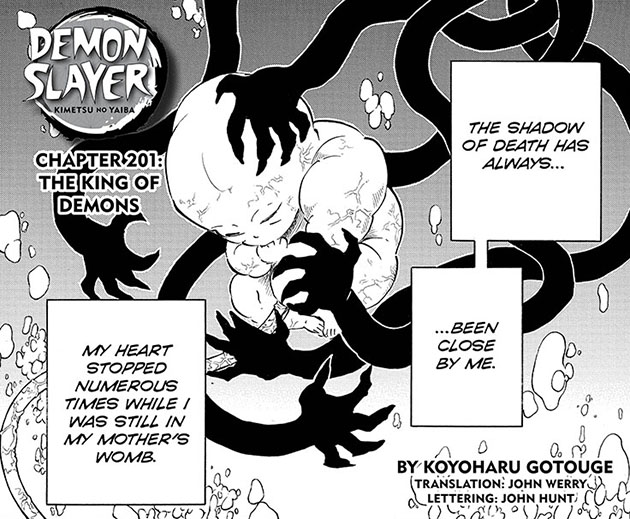 A look at the morbid beginnings of the malicious Muzan! 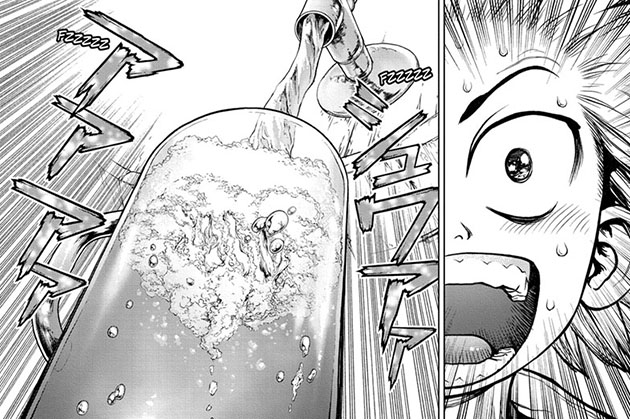 After making mocktails the crew brews up something stronger. Find out what it is!

Guardian of the Witch
By Asahi Sakano
Ch. 10 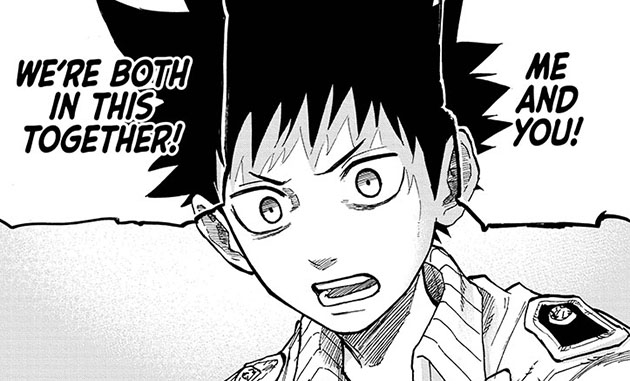 Fafner’s determined to pass his training test and move on. But is determination enough? 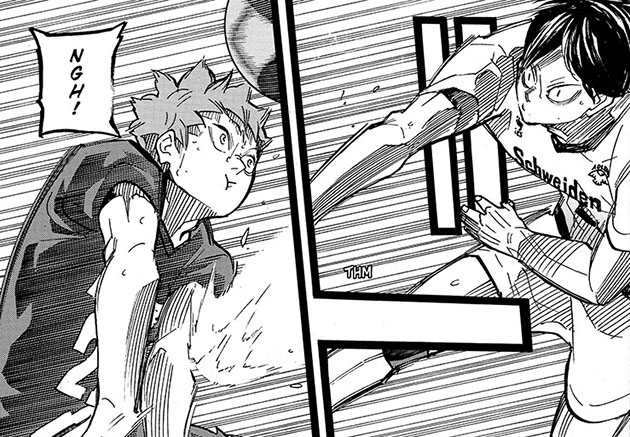 Both sides are giving it all they got for the ultimate prize—bragging rights! 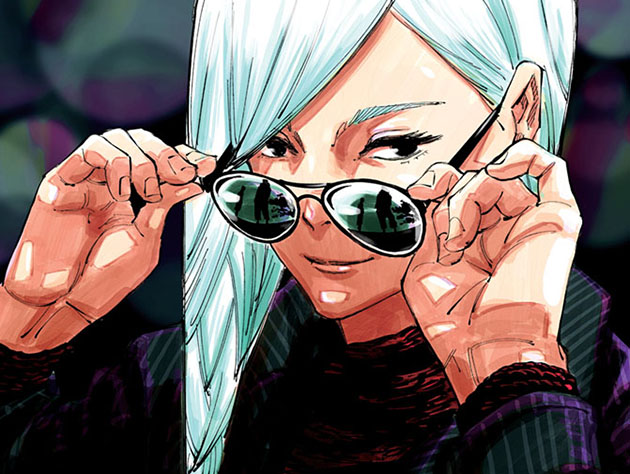 A deadly brother-sister tandem shows off their Jujutsu Sorcery! What kind of cursed techniques do they have up their sleeves? 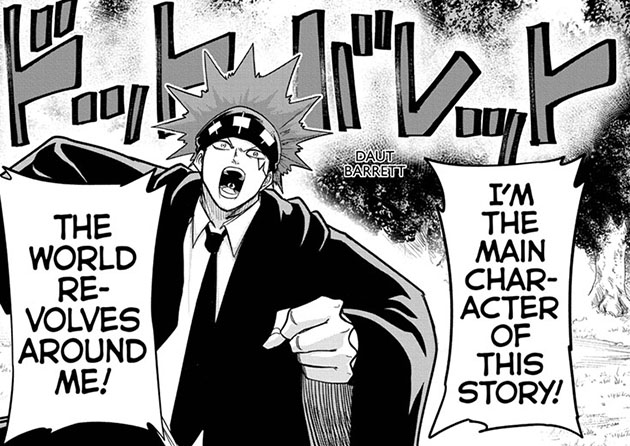 Looks like someone else wants to be the main character. And he’s no cream puff! 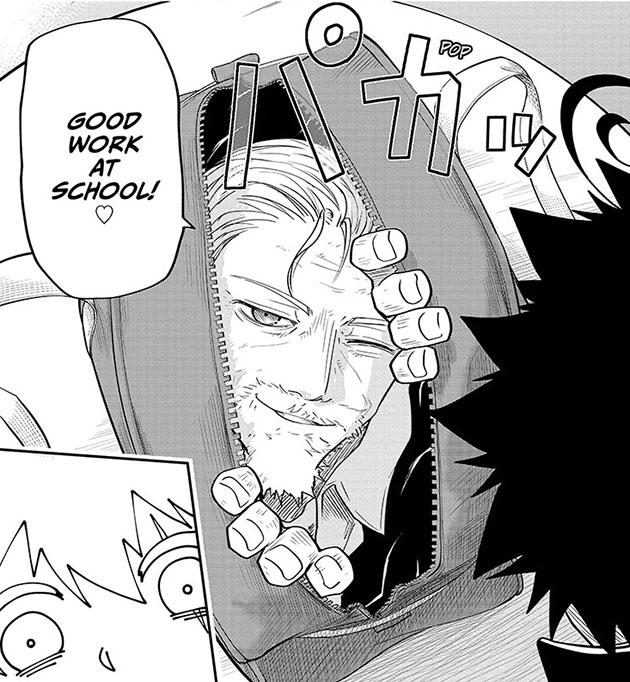 Meet a new member of the family, Grandpa! And he may be the craziest yet! 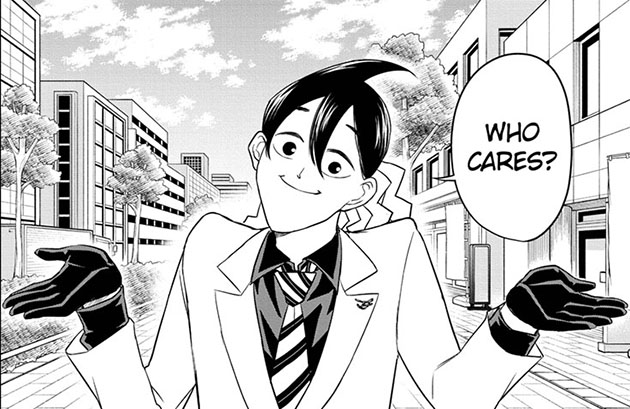 When a heated argument about the best kind of popcorn breaks out, Mitama thinks he knows how to diffuse it. But will it work?! 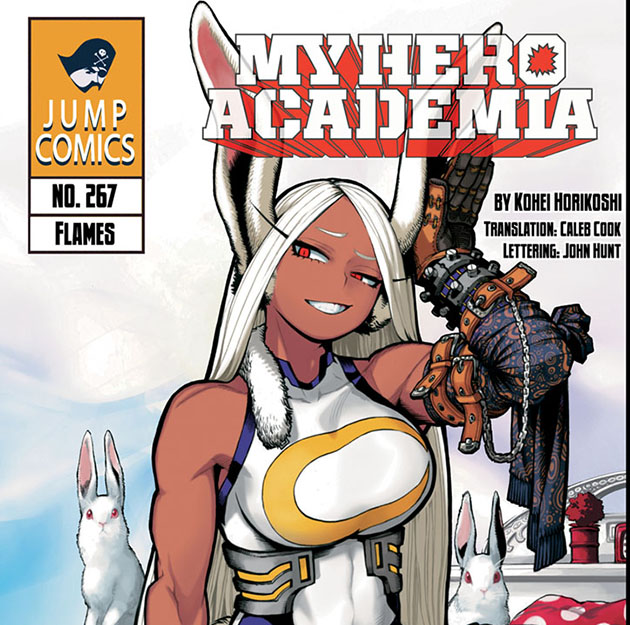 Another battle-filled chapter as the heroes work to take down the villains for good! 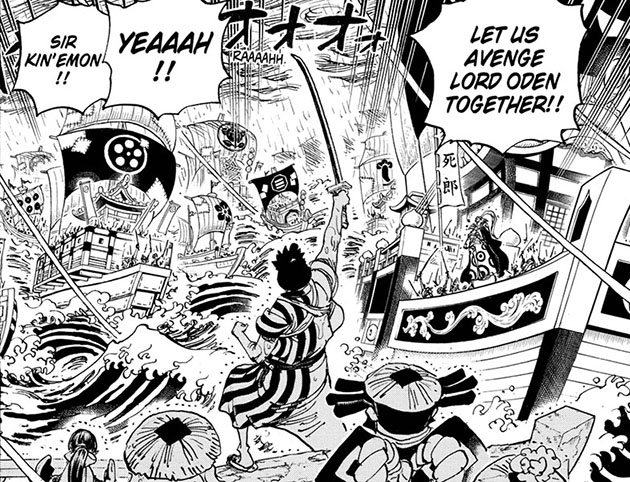 The fight for Wano continues! Will Oden’s death be avenged? 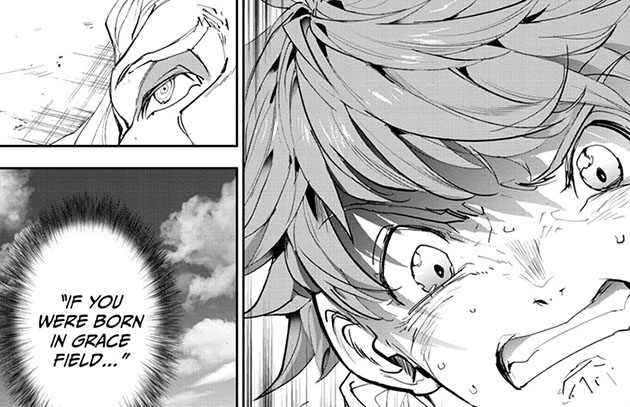 Reflections on life as everyone turns to the future! 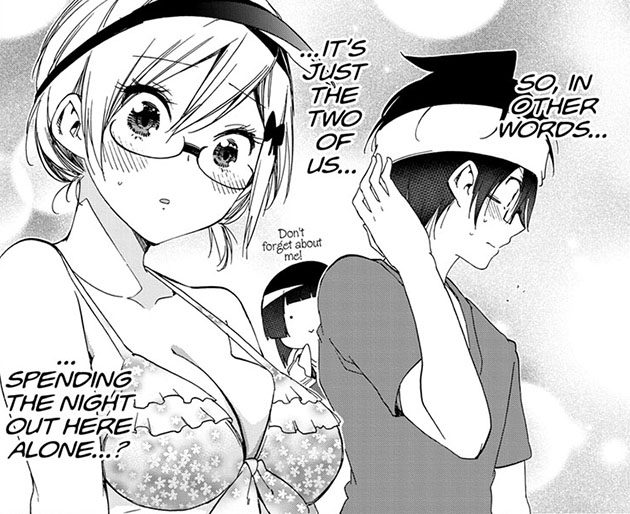 How can Riku and Yuiga get together if they can’t get a moment alone? 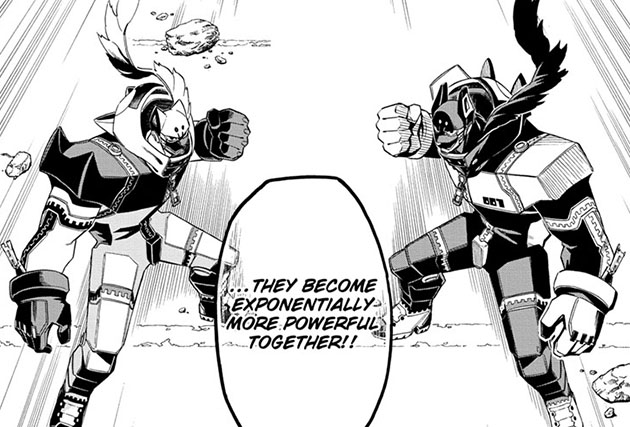 The final chapter of Zipman!! See how it all ends!