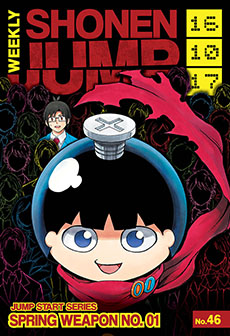 This guy on the cover looks like he's got a screw loose! Or not screwed in enough. Either way, there's definitely something screwy about him! His name is Namba and he's the star of our newest JUMP START, Spring Weapon No. 1! And as you can tell by the character design, this is a very funny manga. Get ready for laffs!

Spring Weapon No. 1
by Tomohiro Hasegawa

An evil organization of androids called Numbers is threatening to take over the world! Luckily, a top secret defense force of specially trained operatives called Mappo (Monster Attack Professional & Pacific Organization) is there to stop them. So what happens when a Mappo agent in high school gets a new classmate that's a wacky-looking Number? COMEDY GOLD. 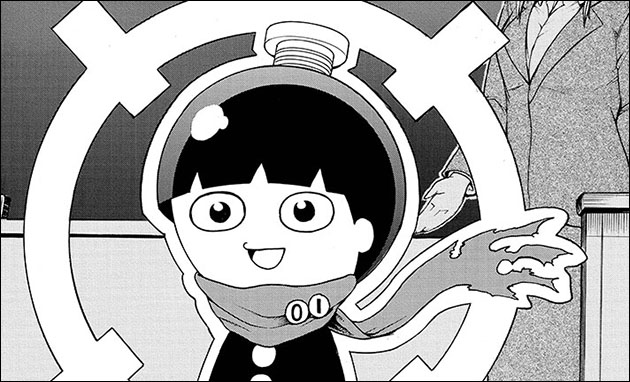 The team is all pulling together to try and figure out a way to lift the curse on Asta. But this curse is powerful and said to be unbreakable. Then again, we're talking about the Black Bulls and the impossible doesn't seem so impossible around them. Asta's spirited nature has rubbed off on the rest of the team and they're giving it all they got!

The Rank Wars continue...to be discussed! As Tamakoma-2 climbs the ranks, the team takes a moment to figure out just how far they have to go to be considered for the off-world mission. And now that Hyuse is on the team, it seems like their dream may be with their grasp. But it won't be easy! 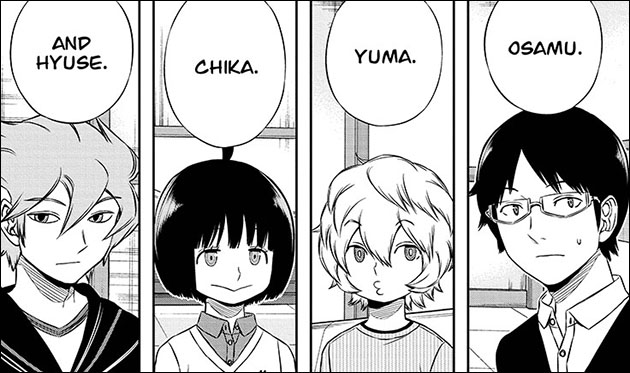 The mock rescue attempt continues! The kids at U.A. are doing well so far, but the test is far from over. And with all the hot-headed personalities on the field, working together seems like more of a challenge than ever! But being a hero isn't just punching people and rattling off cool one-liners. A lesson these young heroes-in-training are learning the hard way.

Toriko has gone totally bananas! It has turned into a battle the likes of which I've never seen! And I've been in the manga business a long time. So much hair! So many speed lines! So many people/things biting each other! And it's so much fun! Enjoy this while you can, because battles this crazy in manga do not come along often. 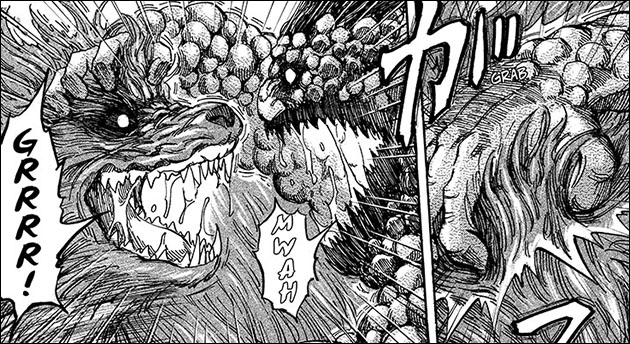 Amalgam of Distortion
by Ryo Ishiyama

This is a JUMP START right up my alley! It's dark, gruesome and mysterious. And the main character has a cool, scary-looking weapon--a creepy bone arm...thing. Not quite sure what it is as we're just getting introduced to the world and the characters. One thing is for sure, this is not going to be a happy-fun-super-cute manga. Not even close!

This manga continues to impress me more and more each week. And it seems to always end on an incredible cliffhanger that makes me want to tune in next week to fight out what happens. That's no easy feat! It requires careful plotting and planning and a really good idea to begin with. The intrigue continues! 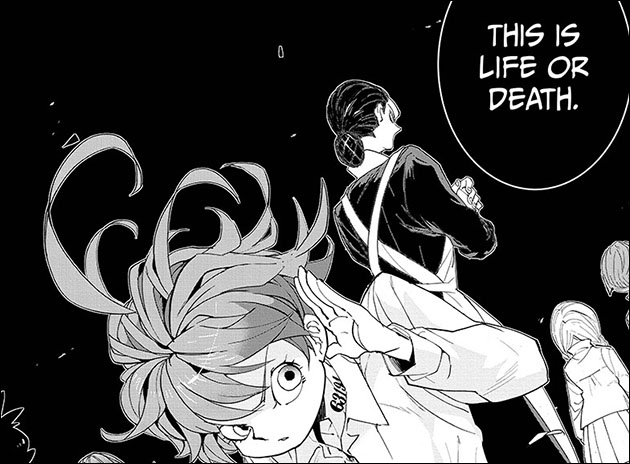 Tatsu's rebellion keeps on keeping on! So far, they've had a lot of success staying just one step ahead of the corrupt government they're rebelling against. But their good luck can't last forever. Can it?

Reiji's fended off crowds of lovesick girls in his life, but the stakes are higher when they're supernatural! He's faced all manner of fantastic beings that have become enamored with him thanks to the Ubermale gene. They save love hurts, but in this case, it just might kill him! 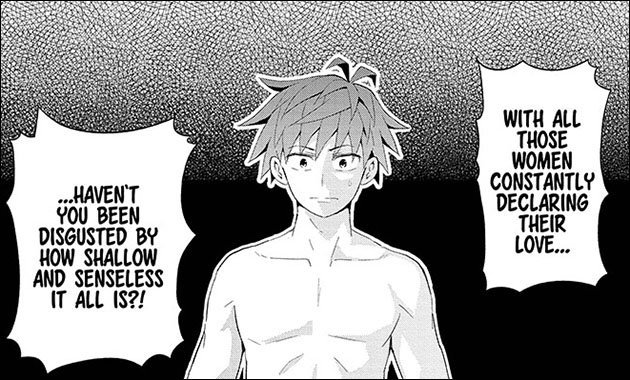 The battle of bear meat continues! Soma serves up his dish to the judges and it's time to see if he's learned enough about bear meat to win over their sophisticated palettes. Prepare for explosions of near nudity!