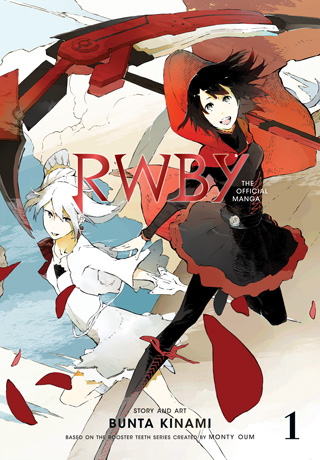 The massively popular animation RWBY is a true-blue cult hit. Created in 2013 by Monty Oum for Rooster Teeth—a production company then best-known for the viral hit comedy Red vs Blue, created using the Halo video games—RWBY very quickly became a hit, with a second season following the year after that, and seven completed seasons by 2020. Drawing from anime, manga, and video game culture, RWBY is a franchise that has an obvious appeal. Now, with the release of Bunta Kinami's RWBY: The Official Manga, Volume 1, longtime fans have a chance to see a familiar story from an all-new angle. 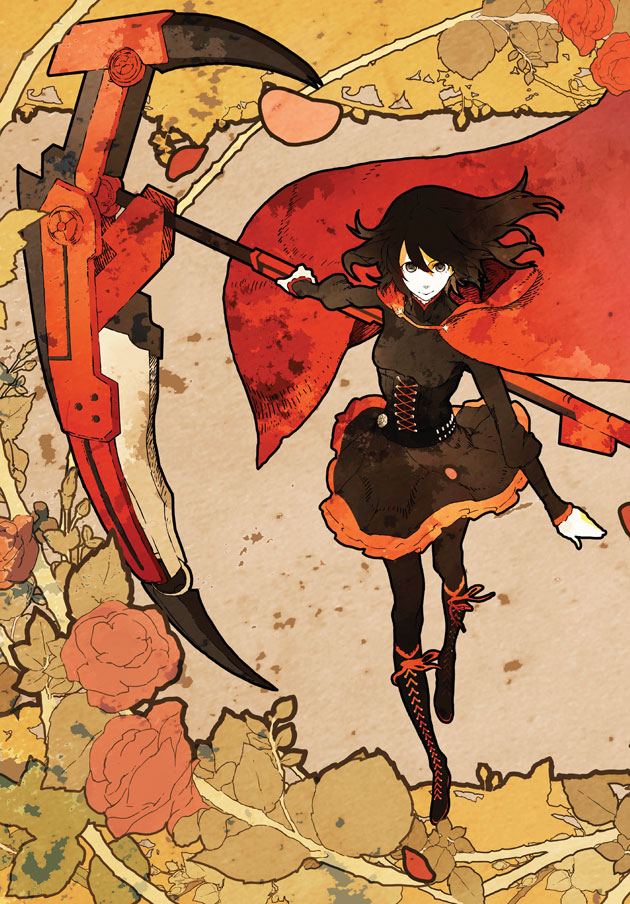 While not the first RWBY manga—Shirow Miwa's series appeared just two years after the debut of RWBY, and the RWBY: Official Manga Anthology volumes tell new stories in that world—RWBY: The Official Manga is the first official direct adaptation of RWBY. Mangaka Bunta Kinami has taken the beginning of the series and translated it from animation, expanding the story to better fit the comics medium and bringing a great deal of charm and delight to the proceedings.

RWBY: The Official Manga introduces Ruby Rose, a young woman eager to become a Huntress by training at Beacon Academy. Ruby believes that your strength should be used to help others, and she brings that mentality and her own special abilities with her to school. She immediately clashes with the haughty Weiss Schnee, scion of the Schnee Dust Company, while her sister Yang Xiao Long and new friend Blake Belladonna are eager to support her. The four of them end up becoming a quartet during training and must learn to get along with each other while making their way toward their eventual (hopefully!) graduation as full Huntresses. 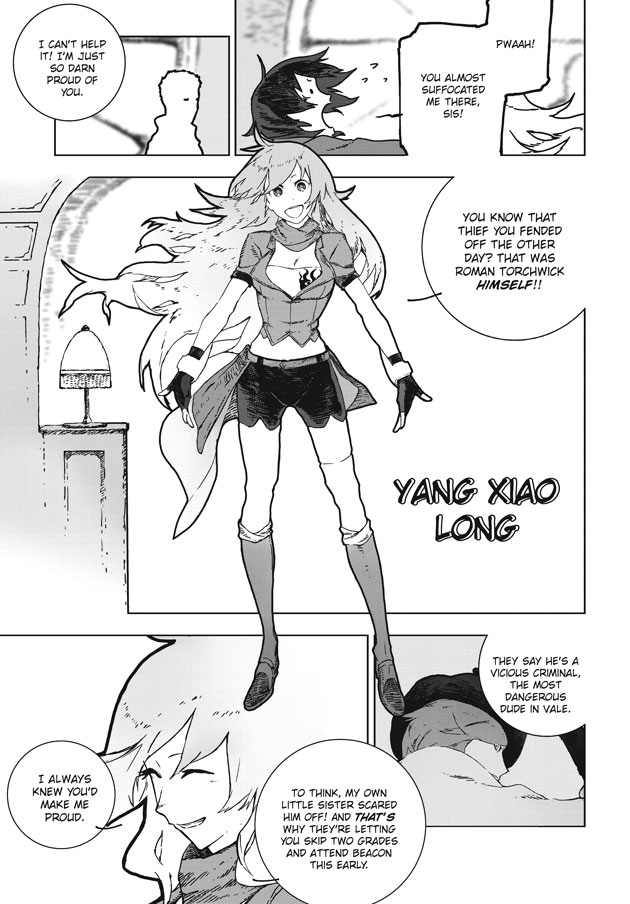 After completing their studies, Huntsmen and Huntresses use their abilities and the skills that they've learned to fight Grimm, monsters who wreak havoc on the world of Remnant. They come in a wide variety of shapes, sizes, and forms, and are one of the biggest threats to peace. They're not the only threat, either. Roman Torchwick, a local crime lord, has been making increasingly remarkable moves, and there's even a terrorist group lurking in the shadows... 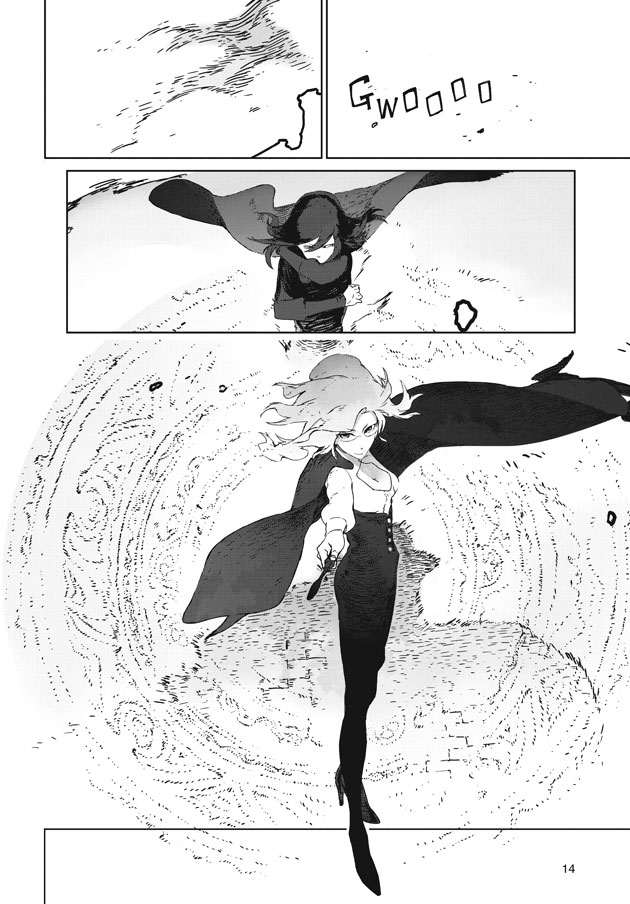 Part of the fun of RWBY: The Official Manga is seeing how Bunta Kinami interprets the events of the animation. It's like peeking into an alternate dimension, in a way. You know this story, you know these characters, but you've never seen them quite like this before. Kinami sensei ramps up the charm with the inclusion of full-page illustrations for each chapter showing the cast relaxing, dressed-up or hanging out together, as well. 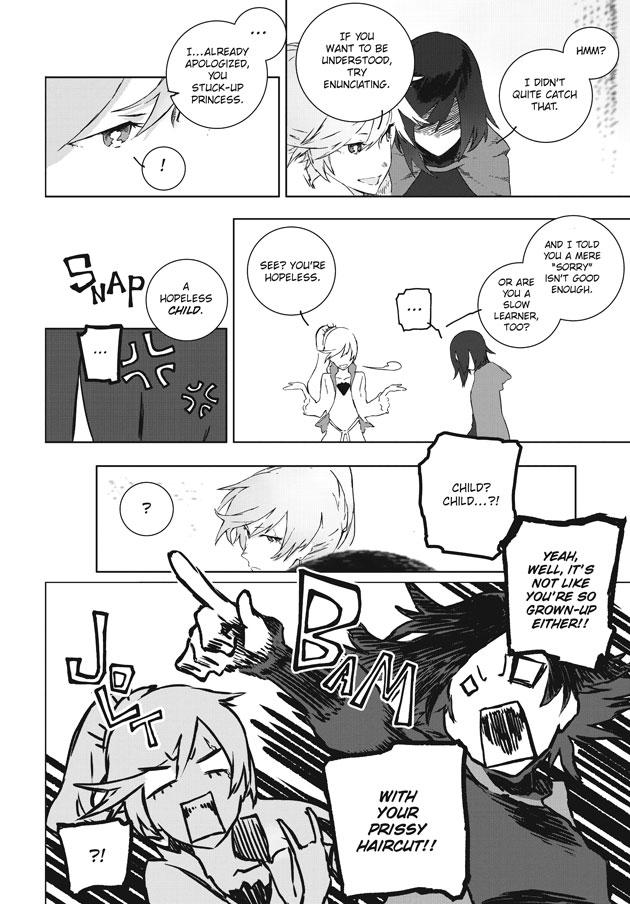 As the first official adaptation of RWBY, this project is pretty special. It was simultaneously published in English and Japanese, with feedback and art flying back and forth across the Pacific each month. Caleb Cook (My Hero Academia, Hell's Paradise: Jigokuraku) served as translator on this project, and brought a sense of humor, clever dialogue and emotional resonance to the English adaptation that really sings.

As part of his duties, Caleb translated the Japanese sound effects provided by Kinami sensei into English, which we then sent back overseas to be lettered by hand. The remainder of the lettering was accomplished by Evan Waldinger (Mobile Suit Gundam Thunderbolt, The Legend of Zelda: Twilight Princess), who brought his customary crisp and clean approach to the visual style of the series, and designer Shawn Carrico knocked the book design out of the park too.

In other words, from the art to the dialogue to the lettering to the design, RWBY: The Official Manga is a knockout, with three creators doing their best to create an exciting, remarkable manga for you. The team at Rooster Teeth were extraordinarily helpful in making sure that everyone was true to the canon, true to the characters, and most importantly, true to the RWBY vibe. 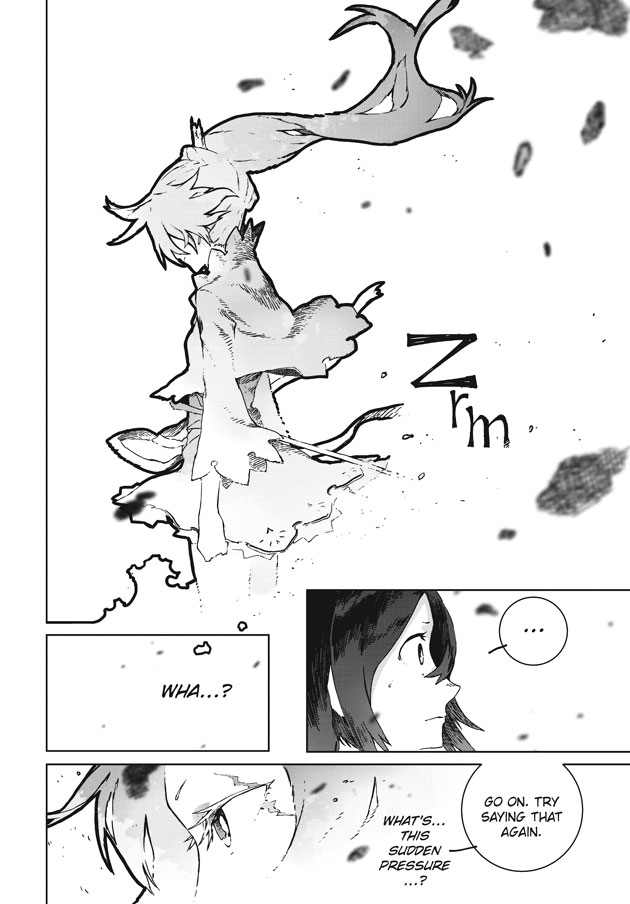 RWBY: The Official Manga is a fun ride, a cool look into a familiar universe from an all-new angle. The first volume introduces the cast, sets up the stakes, and then immediately gets down to showing you as many cool fight scenes, slapstick jokes and menacing villains as you can handle. Even if you know RWBY, you've never seen RWBY like this!

Read a free preview of RWBY: The Official Manga, Vol. 1 by By Bunta Kinami, Based on the Rooster Teeth series created by Monty Oum here.