Shonen Jump manga and Halloween go together like candy corn and cavities. Many SJ titles are horror themed or have strong horror elements. Why? It’s exciting! It’s fantastical! And above all, it’s entertaining. And that is the goal of the world’s most popular manga—to entertain you! And entertained you will be by reading some of the newer SJ titles that fit into the horror category. So grab a flashlight, turn off the lights, hide under the covers and check out these ghoulishly good manga picks!

Vampires? Check. Zombies? Check. Gallons and gallons of gore? Check! This manga is practically made for Halloween. Like many great horror tales, it starts in London during the late 19th Century. A young Jonathan Joestar finds out his nemesis Dio is more than just a pain the neck—he's become an immortal vampire! From the there the story jumps from generation to generation of Joestars as they continue to battle against the demonic Dio and his numerous evil allies. And even the art's scary! The dark and shadowy style adds an extra layer of creepiness to the horror theme. You can read chapters for free right here! 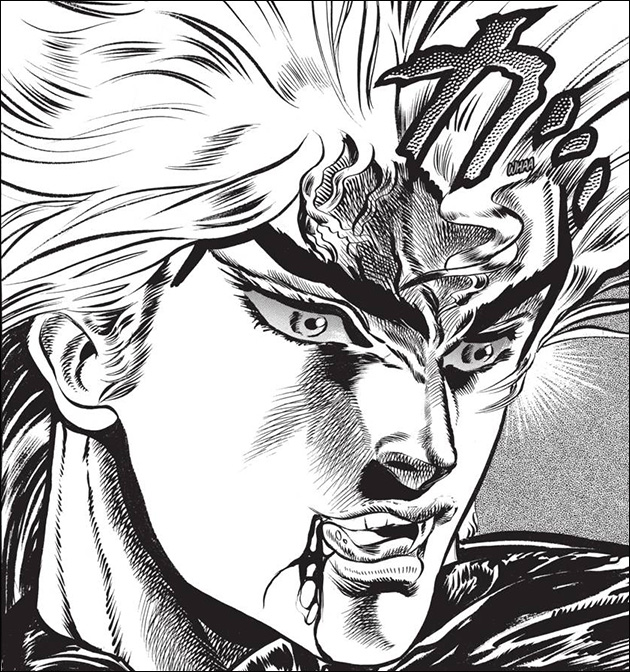 From the team that brought you the macabre mystery manga, Death Note, comes Platinum End. And if you thought Death Note was dark, it feels like a children's manga compared to this. We're talking about graphic murders, knives in throats, sexual perverts and more. And all to determine...who will be God! Thirteen humans are chosen by angels to compete to become the next all-powerful being. But the competition turns into an all out bloodbath! They say thirteen is an unlucky number, and it certainly is for some of the competitors! A gruesome manga with graphic depictions of violence so intense you'll hide under your bed for a week! Boo! 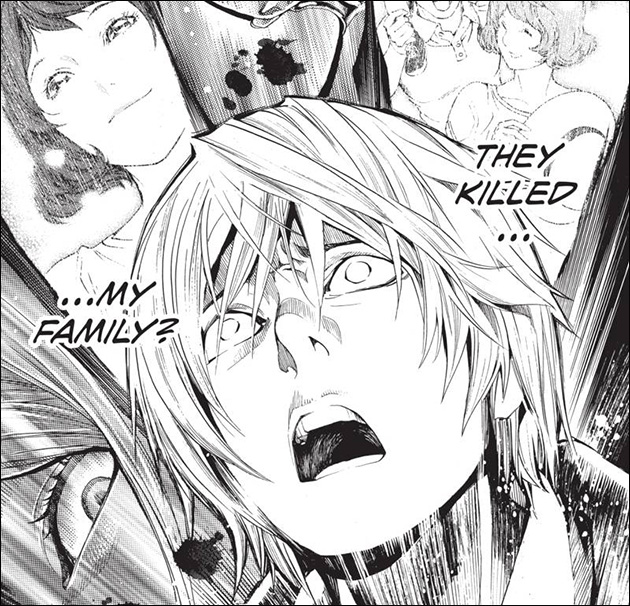 Human are cattle! Feedbags for vampires to snack on at their leisure. The world of man has fallen and vampires now control most of the planet. But there are some who resist! The Japanese Imperial Demon Army has brought the last remnants of humanity together to fight for their survival. Armed with demon-powered weapons called "Cursed Gear," they are all that stands between total domination by the vampire kind. The plentiful neck biting, spooky demonic weaponry and oppressive feeling of hopelessness make it a great choice for late night reading. But we recommend you keep the lights on. And wear a scarf! 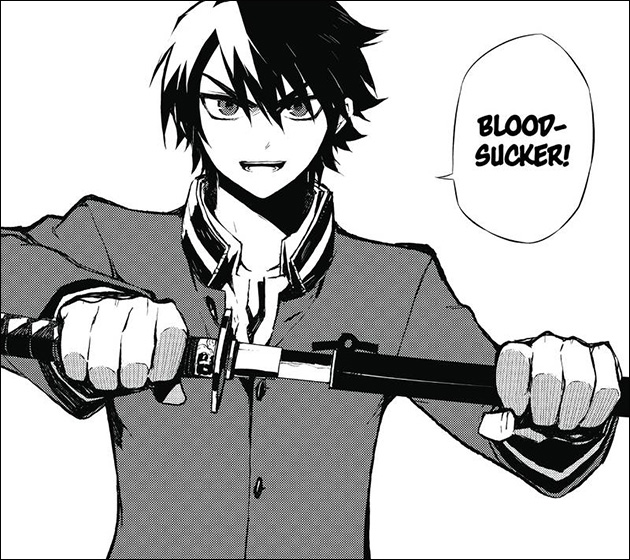 Scary masks are as important to Halloween as candy and pumpkins are. And the main character in Tokyo Ghoul has a very scary mask. It's straight out of an '80s slasher flick! The tight shiny leather, zippered mouth, and singular eye combine for a creepy, striking look. It's become a popular choice for cosplayers in the last few years. The story itself is as gruesome as it gets. Ghouls with an insatiable taste for human meat walk among mankind. Grisly murders have become a normal part of life. And one of the most compelling and disturbing parts of the story is watching the main character, who has become a ghoul, deal with his sudden craving for human meat and the other grim consequences of becoming a monster. The art is perfectly matched with the story content and is just as dark and gritty. And there are plenty of blood and guts being spilled (and eaten!). Not for the squeamish!

And if you already read the manga, you can read the prequel, Tokyo Ghoul: Jack on viz.com/shonenjump for free! 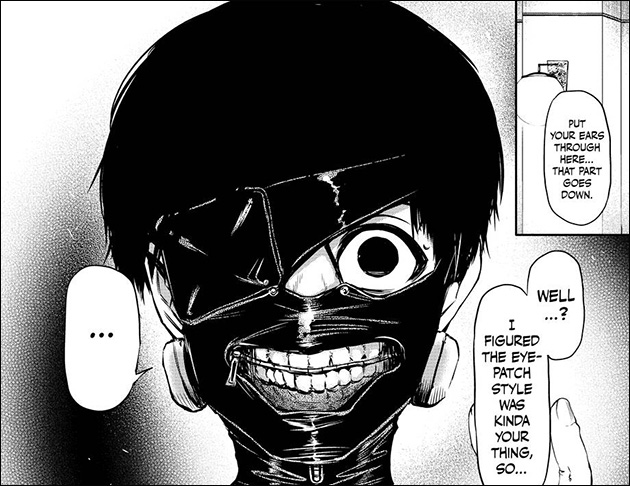 If you like grotesque monsters, this manga has a lot of them. And these aren't your normal run-of-the-mill monsters—they're disgusting on a whole different level. The stuff nightmares are made from. They're called Kagare and they come from the underworld Magano. Their sole purpose is to spread chaos, fear and death. Powerful warriors called exorcists hunt and purify them. It's a dreadful war that's been going on from time immemorial. But there may be an end in sight! Two powerful exorcists called the "Twin Star Exorcists" can create the Prophesied Child, the strongest exorcist of all! But first, they have to get married. And, naturally, they can't stand each other! This is a perfect Halloween read for someone who prefers a little laughter with their horror to lighten things up a bit. 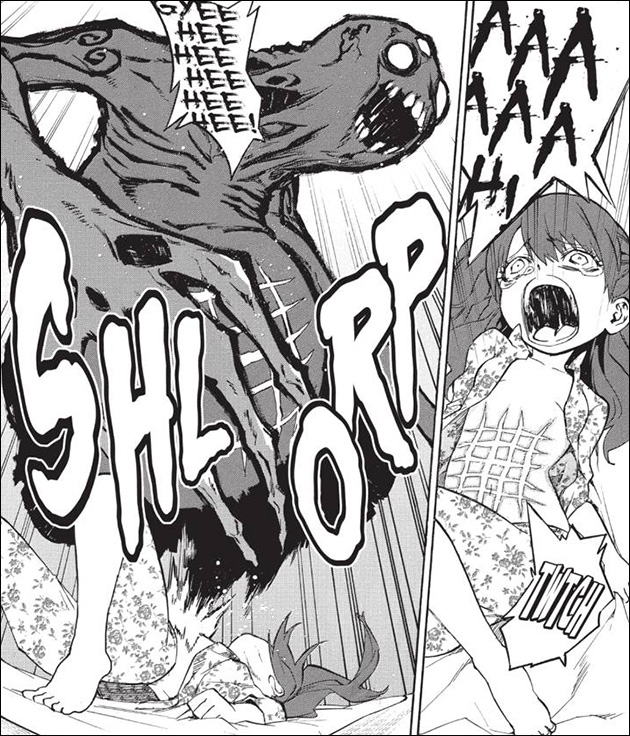 Halloween's roots lie in religion, the battle between good and evil, demons and angels. Pagans celebrated Samhain, the night when the veil between the human world and the spirit was the weakest. To defeat this holiday, the church created All Saint's Day around the same time to celebrate the saints that didn't have a specific holiday. Over the years, the two morphed into All-hallows Eve, which eventually became Halloween. What does this have to do with 7thGarden? That's a great question! This manga is filled with battles between the demonic world and the angelic one. Demons and angels armed with fantastic weaponry fight for domination. And the art is rich with gothic horror imagery and gore. Oh, and there are lots of sexy outfits, which has become a Halloween thing too! 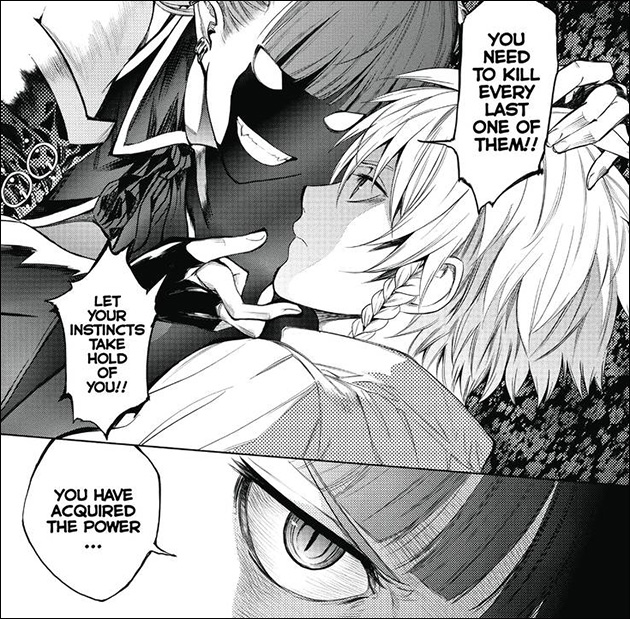 These are but a few manga that make for great reading during the scariest time of year! Here are some other spooky stories: Bleach, Blue Exorcist, Claymore, COWA, D.Gray-man, Death Note, Muhyo & Roji’s Bureau of Supernatural Investigation, NORA: The Last Chronicle of Devildom, Nura: Rise of the Yokai Clan, Rosario+Vampire, YuYu Hakusho and Zombiepowder.

You can find info on all these great Halloween reads right HERE!

(If you're not too scared!)