Sui Ishida's growing epic Tokyo Ghoul (we're up to a prequel, a sequel, a couple tie-in novels now) starts as what could potentially just be another "young hero finds powers" story—albeit powers gained by way of a girl he likes who's trying to eat him—but it quickly zooms off into new territory, sorting through a tale of world-discovery filled with twists, turns and more bizarre characters (most of whom like to eat people, of course), each chapter and volume building on the previous in an extremely layered (and usually, totally gross) way.

While the fresh take on the "zombie/am I a monster really" story is paramount to Tokyo Ghoul, the characters, especially the Ghouls, are what draws you in deep. You get the Gourmet, a Ghoul who, well, has very particular tastes in human flesh, as well as a penchant for fashion and pinstripes. Rize, the mystery girl who bit Kaneki, our reluctant hero, who by way of an organ transplant (little bit of the mad scientist in this too!) kickstarts Kaneki's system into turning half-Ghoul. And the Ghoul in the executioner's mask. And the ones who looks like killer clowns. And the crazy lolling-eye one . . . what are you afraid of? Sui Ishida has you covered! 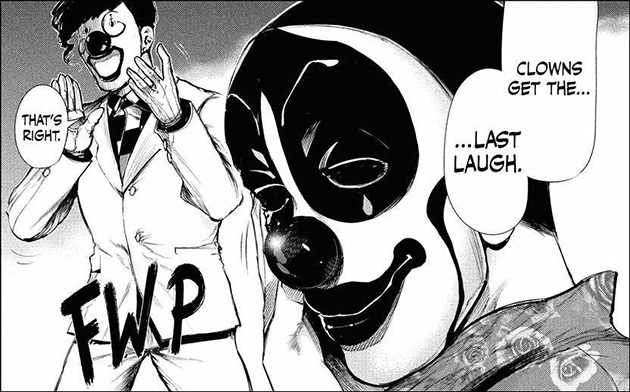 The first seven volumes (all available now) focus on Kaneki and his friends, both Ghoul and human, as they maneuver through this newfound half world of cannibalistic demons. Kaneki uncovers conspiracies, hidden connections between Ghouls and humans, and ultimately gets closer to figuring out how he became stuck between both worlds. Hint: That mad scientist may have been crazy, but he kind of knew what he was doing. 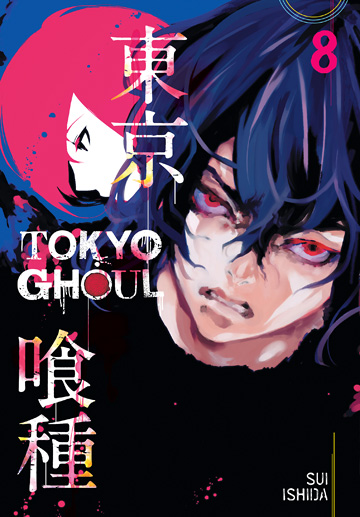 The eighth volume veers off in a larger direction, introducing additional Ghouls and specifics about their origins, with a stronger focus on the Wards—areas infested by Ghouls and patrolled by the humans who police and hunt them, the aptly named Commission of Counter Ghoul Investigators, the CCG.

As the larger story unfolds, the stakes get higher and Kaneki moves away from a coming-of-age story to a tale of defiance, rebellion and revolution within the Ghoul community. We come to see that the main evil is an organization known as the Aogiri Tree, a group of Ghouls convinced that they should be ruling both the human and Ghoul worlds, and who answer to the demands of the ferocious One-Eyed King.

Tokyo Ghoul is not for the faint of heart. Even after years of editing manga (including Naruto, The Cain Saga, Shaman King, Psyren and others, many with their own unique nods to the undead, now that I think about it), I'm still taken aback by the brutality of some of the scenes. Bone cracking makes me cringe when I'm trying to figure out the best sound that would actually make. Bone crunching is equally creepy. And what's the sound of a monster ecstatically eating someone's hair? 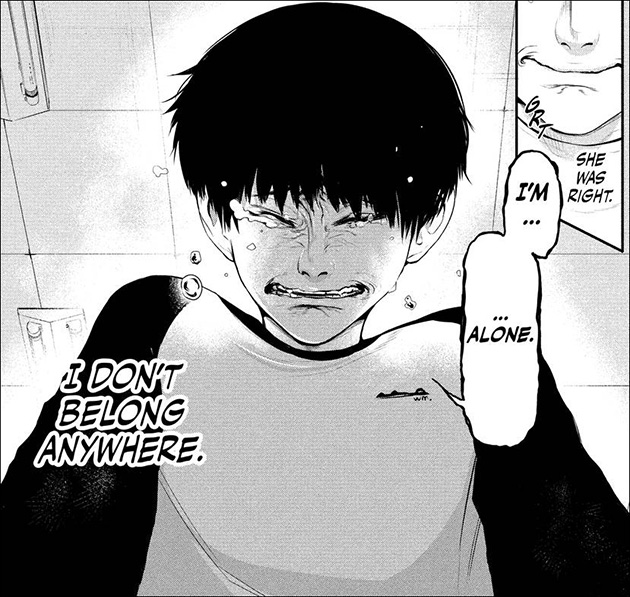 But the overall effect of the series is much more than a gross-out scene or a dark-side-of-life interlude. It's a story of belonging, finding your place, and learning to own the power that's been bestowed upon you, perhaps in a way you didn't expect, or even against your will. It's about taking ownership of your situation. And then trying not to eat those who get in your way.

You know, universal themes we can all relate to.