In volume one of Black Torch, Jiro and a black cat mononoke, or demon named Rago were forced to fuse together in a life or death situation. Now they've joined the Bureau of Espionage’s new division, codename Black Torch. And in this new volume, a series of tests and trials await them as they investigate other mononoke—but not without a few allies.

We’ve already met the determined Ichika Kishimojin and the whimsical leader Ryusuke Shiba from volume one. In volume two, Reiji Kirihara enters the scene, a seemingly arrogant playboy of 17 years. Also from a ninja bloodline, he and Jiro strike a rivalry right off the bat! It certainly doesn’t help that Rago, a mononoke (and therefore enemy), resides within Jiro, adding fuel to the fire as their meeting turns into an explosive battle to see who's tougher. Of course, no matter how much they show off their tricks, the two of them are still teenage boys. 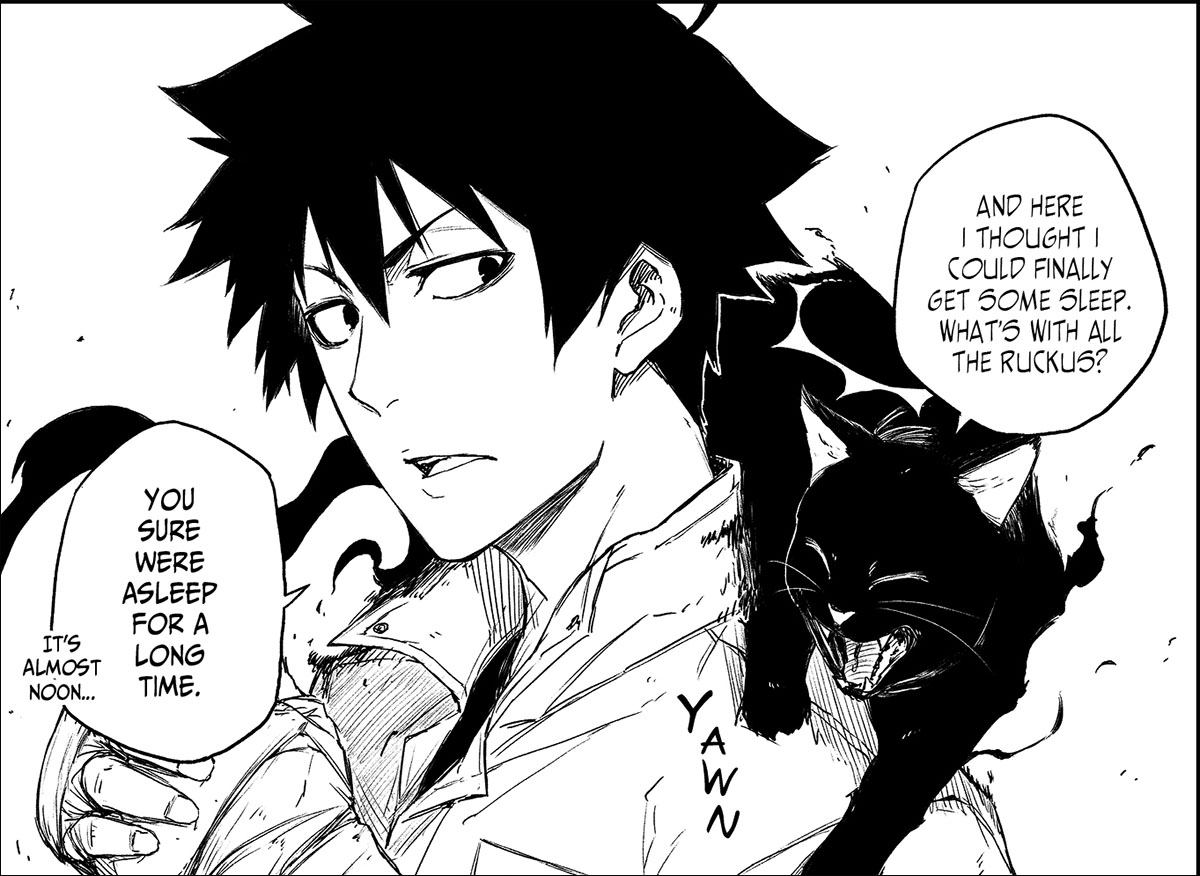 After beating each other senseless (as comrades sometimes do), we dive right into Black Torch’s first mission! Continuing the mystery of Rago’s release, the squad gears up to find some answers. In the bowels of a temple overseen by the Bureau of Espionage, we get a little more detail about Rago and his confinement. But as they ponder, Jiro, Rago, and Reiji come face to face with a mononoke who wants to take Rago!

Even in the face of danger, the banter between the squad members is well placed. Their quips and outbursts let the personalities shine through. You’d think a powerful and highly sought-after demon would be more sophisticated, but Rago is just as mouthy as his host. Unfortunately, smart mouthing doesn’t win battles. 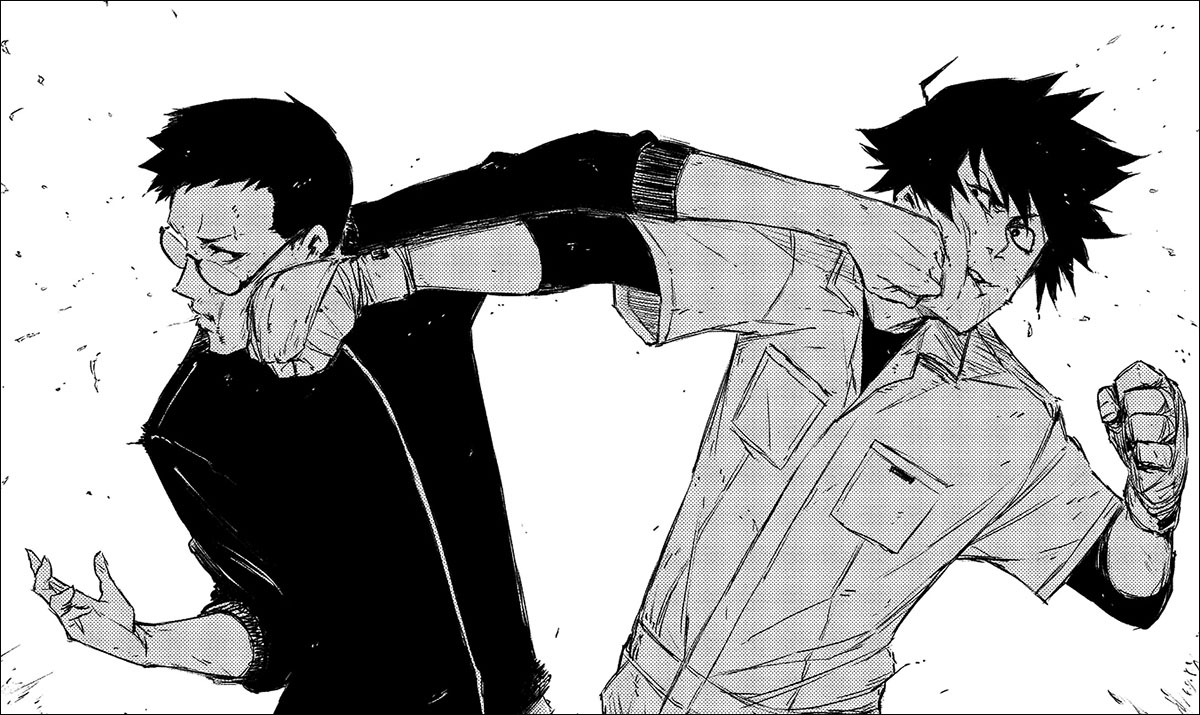 The battle between the mononoke, Jiro, Reiji, and Rago leave the entire squad dejected. Despite being part of a secret organization and descendants of ninja bloodlines, it’s evident that the Black Torch members are still children fighting in a war meant for adults. But even with the knowledge that they are children, we get to glimpse why they’re fighting and what drives them to be in the Bureau of Espionage—at least for Ichika and Reiji. With Jiro and Rago fused together, things get complicated as more questions arise than answers. Though everyone’s goals differ in one way or another, they are still united under one cause—to fight the demonic forces threatening the world! 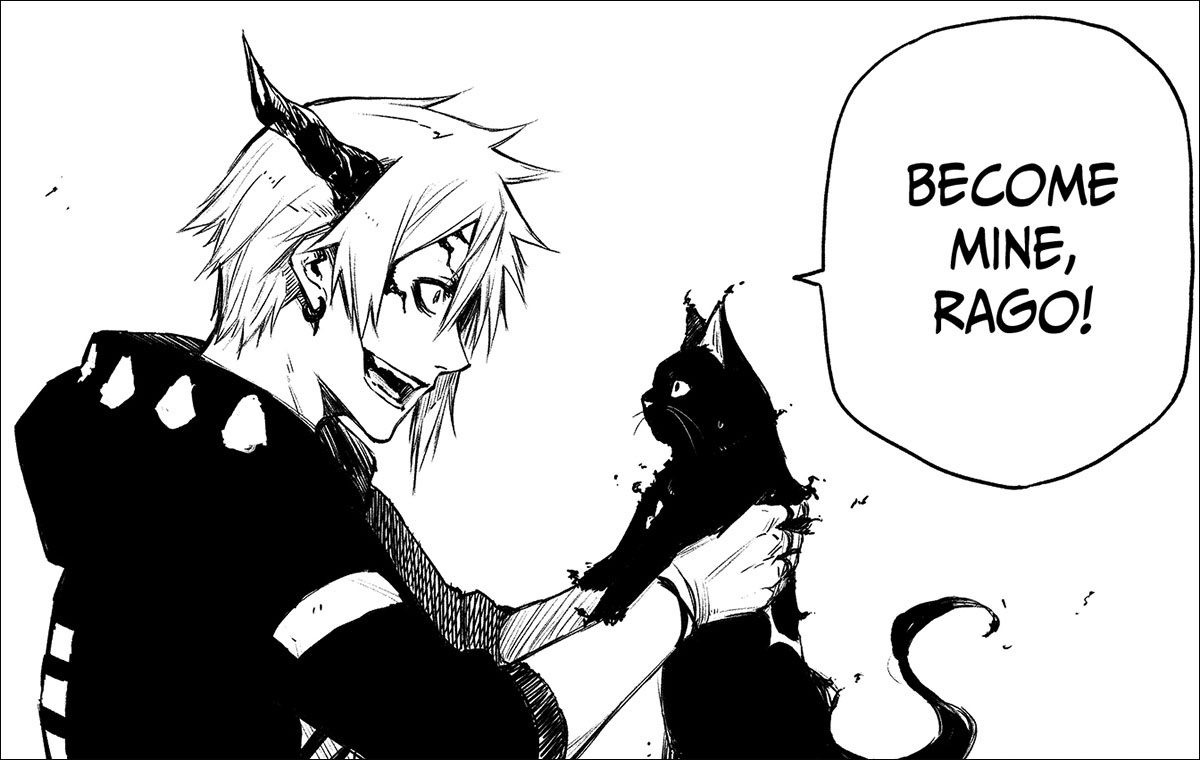 The journey for Black Torch is just beginning, and our wispy cat becomes more mysterious with each passing chapter. Who is trying to recruit Rago? Why is our sassy cat demon so popular? And who exactly is Jiro Azuma? Questions to be answered in future volumes of this most intriguing manga!