When a college girl falls for a yakuza boss, she gets swept into a dangerous love affair.

When feisty college student Yuri is attacked at a party, she’s saved by Toshiomi Oya, the underboss of a yakuza syndicate. Despite her obvious attraction to him, she convinces herself that she’s not in the market for a bad boy type. But when they meet again, she finds herself irresistibly drawn to him—kicking off a steamy and dangerous love affair that threatens to consume her, body and soul.

Nozomi Mino was born on February 12 in Himeji, Hyogo Prefecture, in Japan, making her an Aquarius. She made her shojo manga debut in the May 2006 issue of Cheese! with “LOVE MANTEN” (Love Perfect Score). Since then, she has gone on to publish numerous works, including Sweet Marriage, Wagamama Otoko wa Ichizu ni Koisuru (Selfish Guys Love Hard) and LOVE x PLACE.fam. Her hobbies include going on drives and visiting cafes.
Add favorite  Favorited

After Oya rescues Yuri from Jin, a detective who was Yuri’s childhood friend, he’s enraged and consumed by the desire to claim her body once more, but his injuries get in the way. Jin refuses to give up on Yuri, forcing Oya to take drastic measures to put an end to this love triangle once and for all! Later, with Oya still unable to have sex, Yuri feels compelled to do “something” for him for the very first time! 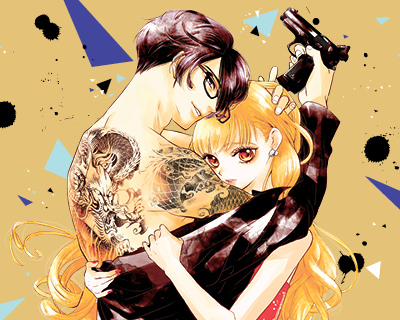 Never miss a new release. Add Yakuza Lover to your favorites, and start following it today!