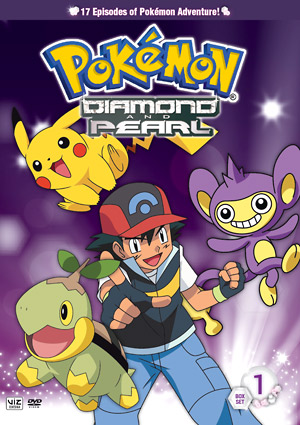 Beautiful cities, passionate Gym Leaders, mysterious legends of time and space, cruel villains, and of course, all new Pokémon—all these and more await Ash Ketchum in the Sinnoh region, as he continues his journey to become a Pokémon Master! Joining him are his best friend Pikachu and Brock, as well as a new friend—Dawn! Dawn wants to become a champion Pokémon Coordinator, just like her mother. Standing in her way are tough competitors like Zoey and Jessie of Team Rocket, as well as her own inexperience. As for Ash, with his friends at his side and the right Pokémon to train and battle with, he’s confident he’ll make it to the Sinnoh League—that is, if his new rival Paul doesn’t get there first!