A smoldering tale of romance and revenge set in the world of Dawn of the Arcana!

Created by Rei Toma | MoreLess about The King’s Beast

Ajin boys who show signs of special abilities are conscripted to serve in the imperial palace as beast-servants—status symbols and shields for their royal masters, to be kept or discarded on a whim. When they were children, Rangetsu’s twin brother Sogetsu was ripped from her arms and sent to the palace to attend Prince Tenyou as a beast-servant, where he quickly fell victim to bloody dynastic intrigues. Now in a world that promises only bitterness, Rangetsu’s one hope at avenging her brother is to disguise herself as a man and find a way into the palace!

Rei Toma has been drawing since childhood, and she created her first complete manga for a graduation project in design school. When she drew the short story manga “Help Me, Dentist,” it attracted a publisher’s attention and she made her debut right away. After she found success as a manga artist, acclaim in other art fields started to follow as she did illustrations for novels and video game character designs. She is also the creator of Dawn of the Arcana, available in North American from VIZ Media.
Add favorite  Favorited

As Rangetsu and her unlikely allies follow whispered rumors through the palace in search of any hint of her brother, she finds it increasingly difficult to keep from spilling her own secret to Prince Tenyou. But revealing her true nature will upset the uneasy accord she has built between them. And even worse, it might interfere in her desperate hunt for Sogetsu!

Other The King’s Beast volumes

If you like The King’s Beast, VIZ Editors recommend: 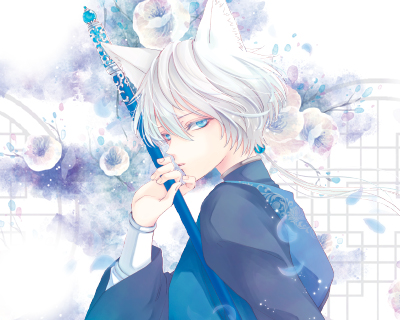 Never miss a new release. Add The King’s Beast to your favorites, and start following it today!