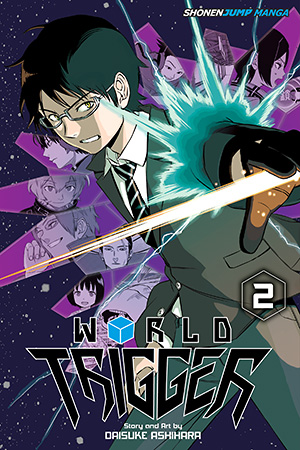 Earth is under constant threat from Neighbors, invincible monsters from another dimension that destroy our way of life. At least we have the elite warriors of Border, who co-opt alien technology to fight back! Our hero Osamu Mikumo may not be the best agent, but along with his Neighbor friend Yuma, he’ll do whatever it takes to defend life on Earth as we know it. Ever since they met, Osamu has protected the feisty Neighbor’s identity, but he’s about to get a rude awakening that Border has ways of sniffing out traitors in their midst.