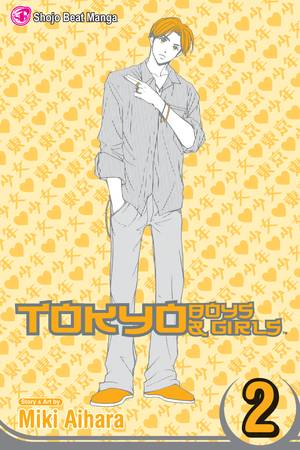 Kazukita drops the bomb and tells Nana to stop acting like his girlfriend. Nana is devastated. Later Mimori, like most teenagers, finds herself at odds with her mom, and after a fight runs out of the house to let off a little steam. While wandering around she finds herself in front of Atsushi's mother's hair salon. While Mimori is deciding what to do, Atsushi's mom drags her into the shop and has Atsushi give her a shampoo. Embarrassed, Mimori rushes home, and in the confusion loses her train pass. When Atsushi finds it and tracks her down to give it to her, she is so grateful she accidentally blurts out something she never meant to tell him!

If you like Tokyo Boys & Girls, VIZ Editors recommend: