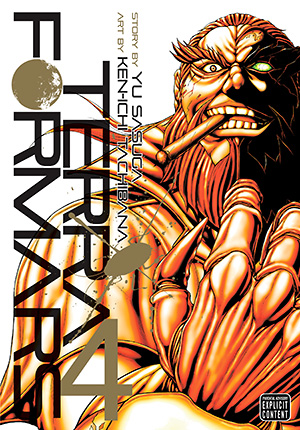 In order to protect their crewmates, Akari and Michelle use their abilities and head into battle against the Terraformars, who have evolved unique and terrifying new forms! The enemy’s astounding strength forces them into an unexpectedly desperate fight. Meanwhile, the whereabouts of the other teams scattered around Mars become clear, and the battle between humans and the demons they created reaches a new intensity.