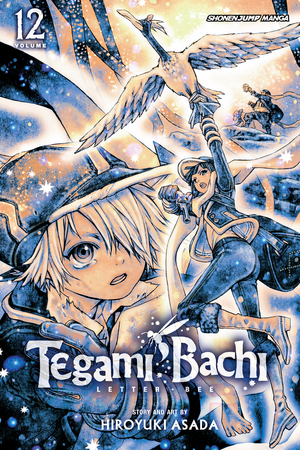 As the ferocious Gaichuu Cabernet closes in on the capital of Amberground, the Letter Bees form an army to stop it. Lag is paired off with a novice Bee who informs him that he’s become a legend in the Beehive. But Lag’s reputation as the “Child of Light” won’t do him much good against the terrifying power of Cabernet…or the dark secret he’s discovered about his hero, Gauche Suede.