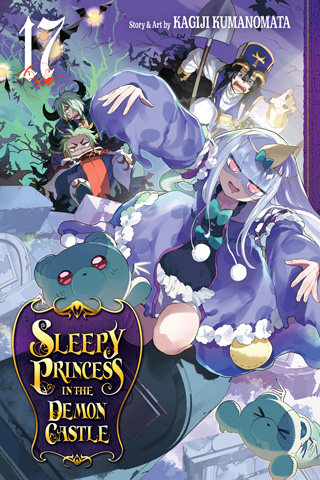 The prestigious Royal Demon Academy needs to be inspected, but who is best suited for the job when former Demon King Midnight has, so to speak, shrunk from the task? Not the ones who end up going! In metafictional rather than supernatural news, when the gang finds out an anime is being made of Sleepy Princess in the Demon Castle, they all vie for a starring role. Unfortunately, watching the show when it airs turns out to be a major challenge. Worse, when Syalis doesn’t get resurrected in a timely manner after one of her little “accidents,” she turns into…Zombie Princess!

If you like Sleepy Princess in the Demon Castle, VIZ Editors recommend: