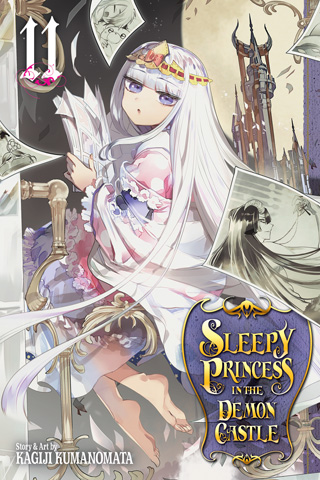 Celebrate New Year’s, Valentine’s Day and a very special pajama party at the Demon Castle with the princess and her demon friends—er, captors! Then the Five-ring-pics athletic tournament captures the imagination of demons and human alike. But when one of the athletes turns the demons’ human friend—er, hostage—into a besotted fangirl, the castle staff doesn’t take it well. Also, Syalis imbibes a potion that induces her greatest fear, Demon King Twilight desperately tries to change his image and the hero Dawner adds a certain someone to his unwelcome rescue party.

If you like Sleepy Princess in the Demon Castle, VIZ Editors recommend