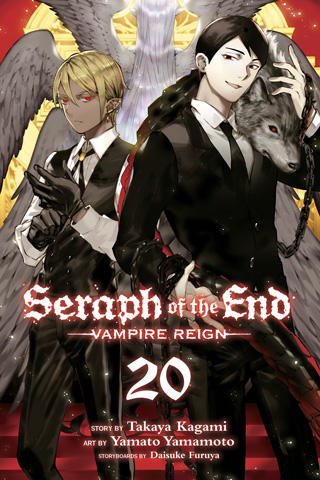 The Hyakuya Sect descends on the Demon Army as the First Progenitor, Sika Madu, takes over Shinoa's mind and body. Leading the invasion is none other than Second Progenitor Rígr Stafford—he’s after Yuichiro, who is once again on the run with Mika. Meanwhile, Guren and Mahiru enact their long-awaited plan. It’s an all-out war between vampires, humans and demons!