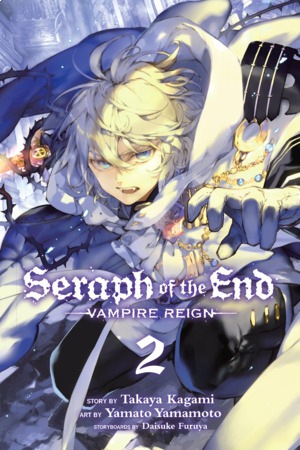 Now that Yuichiro has earned his place in the Japanese Imperial Demon Army, he prepares to undergo a fiendish test to acquire the most powerful and deadly of humanity’s weapons against vampires—Black Demon Series Cursed Gear. Meanwhile, the vampire nobility welcome a new member—Mika, the best friend Yuichiro thinks died in their escape but who has his own bitter story of survival.