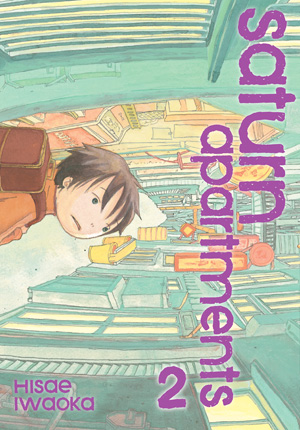 Earth has been abandoned as a nature preserve, and the human race now occupies the Ring System, a gigantic structure that surrounds the planet. Mitsu has just started working as a window washer, a dangerous job that five years earlier led to the loss of his father. As Mitsu struggles with being the new guy—making mistakes, struggling to keep up, handling petty workplace resentments—he also discovers the simple pleasures of befriending his coworkers, enjoying time off and getting to know his absent father through the eyes of his colleagues. All of this is part of growing up in the cramped urban quarters of the Saturn Apartments.