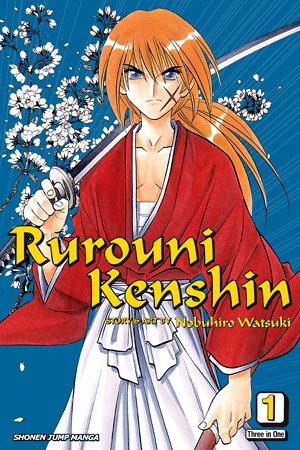 One hundred and fifty years ago in Kyoto, amid the flames of revolution, there arose a warrior, an assassin of such ferocious power he was given the title Hitokiri: Manslayer. With his bloodstained blade, Hitokiri Battōsai helped close the turbulent Bakumatsu period and end the reign of the shoguns, slashing open the way toward the progressive Meiji Era.

Then he vanished, and with the flow of years became legend.

In the eleventh year of Meiji, in the middle of Tokyo, the tale begins. Himura Kenshin, a humble rurouni, or wandering swordsman, comes to the aid of Kamiya Kaoru, a young woman struggling to defend her father's school of swordsmanship against attacks by the infamous Hitokiri Battōsai. However, neither Kenshin nor Battōsai are quite what they seem...