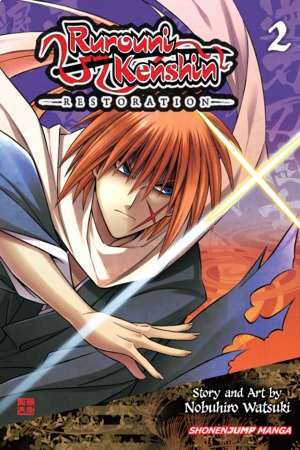 During the violent upheaval of the Bakumatsu era, Hitokiri Battosai was a feared and ruthless assassin. But now that the Meiji Restoration has begun to heal the wounds of civil war, Battosai has taken up a new name…and a new calling! He is now Himura Kenshin , a rurouni wanderer who has vowed to only draw his sword to protect those in need. But now a recent enemy has recruited a ruthless assassin to bring down Kenshin and steal the Kamiya dojo! Can Kenshin maintain his oath to never shed blood again and protect his new friends?!