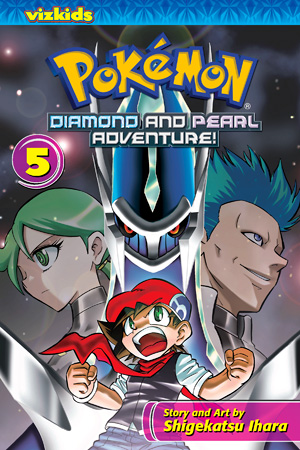 Who will catch the Legendary Pokémon Dialga?

Hareta's battle with Mitsumi comes to an end, but will Mitsumi stay loyal to Team Galactic or her old friend Hareta? Either way, the race to find the Legendary Pokémon Dialga continues! Cyrus, Team Galactic's leader, is determined to catch Dialga and seize its power for himself. Can Hareta and his friends beat Cyrus to the final prize?