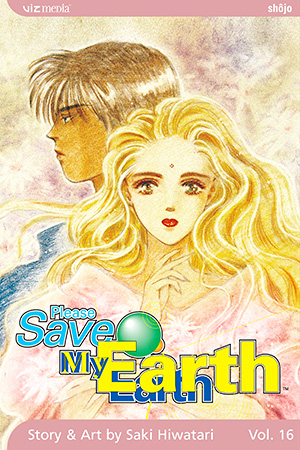 Mokuren's perspective on the moon base tragedy is vastly different from Shion's. Though she seems to be an ethereal goddess, she has her own insecurities and frustrations. She's troubled by her lack of female friends and aggravated by men who are only interested in the rarity and celebrity of her Kiche, the mystical mark of their god, Sarjalim. When she learns of the opportunity to join the research team on the KK moon base, she eagerly applies for the position, over the protest of the Lim Lians. Her wish to join good-looking men on the team is fulfilled when she meets handsome Gyokuran and Shion--but will either one quench her desires?