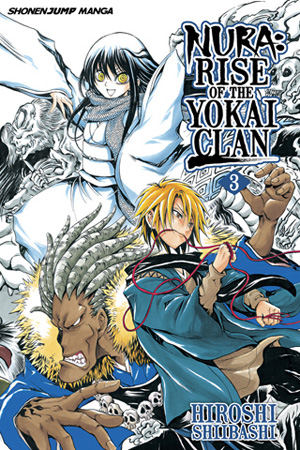 Rikuo's confrontation with the mutinous Gyuki reveals a schism within the Nura clan. Nurarihyon convenes an assembly to formally name Rikuo as the next leader. But Rikuo's willingness to pardon Gyuki for his crimes causes friction within the group. Some officers doubt that this thirteen-year-old can restore the weakening Nura clan to its former glory. Meanwhile, surprise attacks from increasingly powerful rival yokai continue.