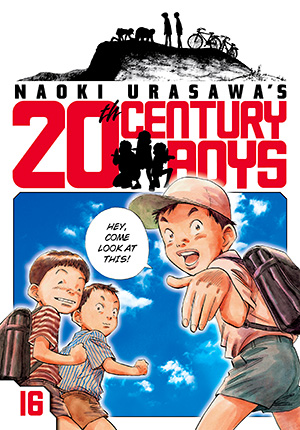 Contrary to what his actions as an adult have led Kenji and his pals to believe, back when they were children, Fukube really wanted to be their friend. Fukube even went so far as to let them read all the latest manga magazines he diligently purchased in the hope of winning their friendship. Yet despite all this, Fukube still felt like an outsider. Fostering a sense of superiority toward all the other children around him, how did Fukube's actions as a little boy serve as an indication of the kind of man he would eventually become?

Next, the clock is rolled forward to the third year of the Friendship Era, a frightening time in which the virus has decimated most of the world's population, and the vaccine is available only to a lucky few. Tokyo has been quarantined behind a giant wall that is patrolled by both the Global Defense Forces and the Friend's secret police, and yet while life on the inside is made to resemble Kenji's childhood from the 1960s, the world beyond the wall is a desolate wasteland. Two young siblings come to the aid of an injured man who has managed to break through the barricade, and his name is Otcho!