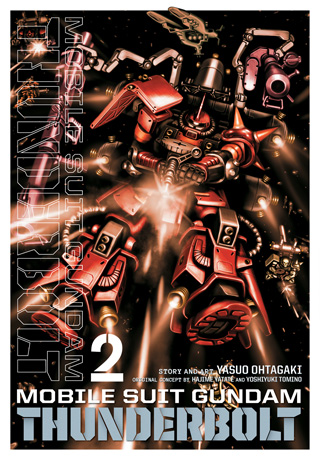 In the Universal Century year 0079, the space colony known as Side 3 proclaims independence as the Principality of Zeon and declares war on the Earth Federation. One year later, they are locked in a fierce battle for the Thunderbolt Sector, an area of space scarred by the wreckage of destroyed colonies.

If you like Mobile Suit Gundam Thunderbolt, VIZ Editors recommend: