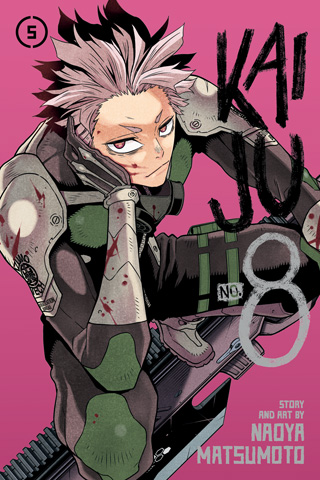 The Defense Force has taken Kafka into custody and has plans to dispose of him. Kafka attempts to plead his case with Director General Shinomiya, wielder of the mighty Kaiju No. 2’s power and the person lauded as the strongest in Defense Force history. But when Kafka’s pleas fail to move the director general, he winds up facing him in combat! What’s more, he starts to lose control of his kaiju form! Can Kafka keep it together long enough to save his own skin?