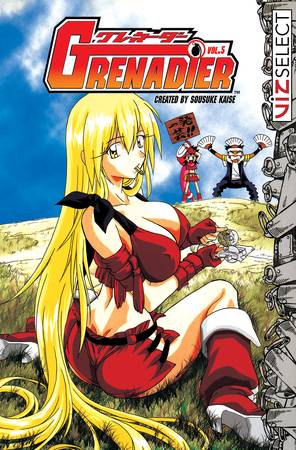 The golden-haired gunslinger Rushuna continues her journey through a land not her own in order to discover the truth about the past she can't remember, accompanied by the samurai Yajiro and the young balloon master Mikan. Their path has led them to the Imperial Captial - but the Juttensen, elite Imperial fighters pledged to protect the city, bar their way with deadly skill. The three aren't the only interlopers trying to get into the city - and one mercenary among the attacking rebel forces has good reason to hold a grudge against Yajiro!