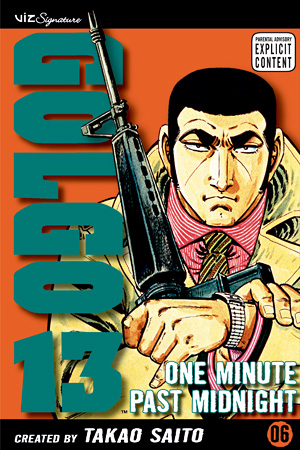 One Minute Past Midnight

1998: Security on death row has never been tighter, as ex-CIA agent Henry Mitchell prepares for his fate. But if a lethal injection awaits him, why is Golgo needed to execute the sentence? Then, in 1981, Pope John Paul II survives an attempt on his life--or does he? To uncover the conspiracy that lies behind the missing pontiff, Golgo 13 will need two million dollars, a rifle, a revolver...and a priest's robe! Plus FILE 13 reveals why Golgo has sex before a mission, his international list of partners, and the secrets of his technique!