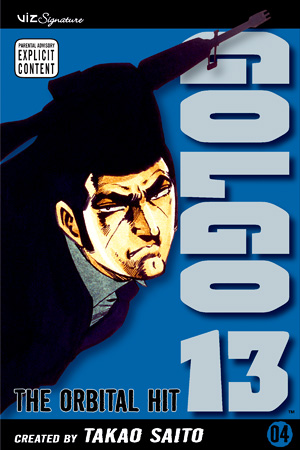 1975: The Apollo-Soyuz mission is about to launch--the first-ever space rendezvous between the U.S. and U.S.S.R. But this gesture of peace could trigger a war instead, unless Golgo turns astronaut...to carry out a sniping job 140 miles up! Then, in 1997, as Princess Diana's car drives into a Paris tunnel, Golgo follows, ready to fulfill a contract worth 1.5 million pounds--only to find there are two assassins riding that fateful night! Plus, when an M16 won't do, the job may require anything from a pen gun to a fighter plane. Uncover the weapons systems found in FILE 13!