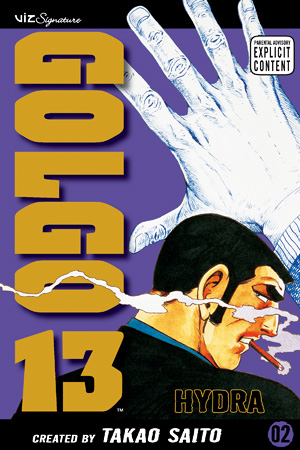 1989: Tiananmen Square. In a matter of hours, the People's Liberation Army will massacre the students of the Chinese democracy movement. But one person will die first, as Golgo 13 walks through the chanting crowds. Who is he here to kill--and why? Then, in 1974, the snakes of the Corsican mafia writhe from Mexico to Marseilles as G13 takes a trip into a psychedelic triple-cross where the corpse on the floor won't be just an acid casualty!

Plus excerpts from the FILE 13 dossier on the secrets of his sex life, his prison record...and how to contact him!