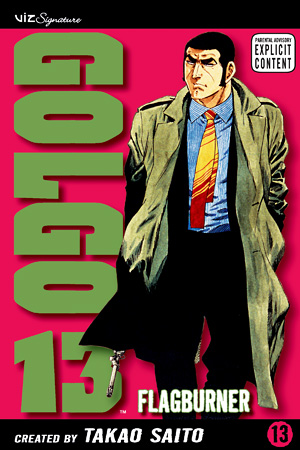 1946: Amidst so many dead in the postwar ruins of Japan, the brutal murder of five members of the same family still has the power to shock--and even more so 29 years later, when the unsolved crime may reveal the origins of Duke Togo! Then, the 2000 U.S. presidential election comes down to a handful of recounted ballots in Florida. But the decisive vote will be cast by a bullet from Golgo 13! Plus, FILE 13 concludes VIZ Media's edition of Golgo 13 with an afterword from the Japanese and American editors of the series!