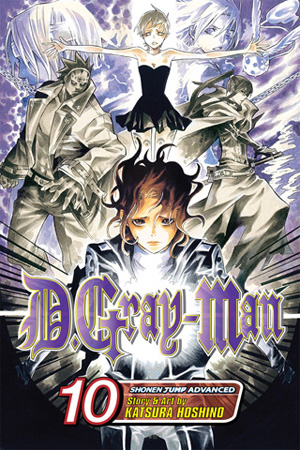 Hopelessly outnumbered by the Millennium Earl's forces, Lenalee, Lavi, and the rest of the survivors from Anita's ship face almost certain annihilation. Then, as if determined to make sure of it, the Noah enter the fray! But the harried agents of the Black Order refuse to throw in the towel, knowing this may be the last stand of the Exorcists. If any hope remains, it could reside with Allen Walker...but no one knows if they'll ever see him again!