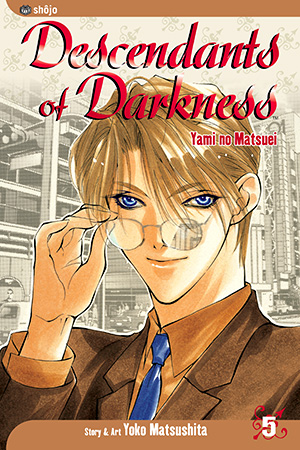 It's a grand ole time at the Count's annual tea party in the Hall of Candles, and it seems that the whole Ministry of Hades is there. Hisoka, Tsuzuki's partner, runs into Tatsumi, another Guardian of Death, and learns some startling secrets. Meanwhile, Tsuzuki finds a study containing a strange book. The kind that sucks you in--literally.

Tsuzuki finds himself in a bizarre world whose inhabitants are dark parodies of people he knows in the real world. Tsuzuki, always ready to plunge into a situation, puts on a magic show to help a poor girl buy medicine for her sick father. But when a plague hits the town, Tsuzuki is blamed for it. Can he escape the townspeople's wrath? And will he ever find his way out of the pages of the book and back to the Hall of Candles?