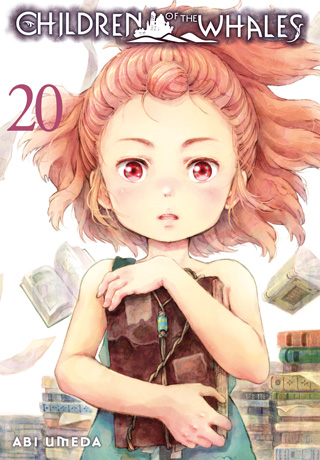 Children of the Whales, Vol. 20

The emperor and the great Nous Ánthropos have arrived on the shores of Kívotos! Chakuro tries to stand against the emperor and his terrible plan, but the show of resistance only gets him and Lykos pulled to the bottom of the Sea of Sand. Everyone knows that nothing survives sinking under the sands, but death isn’t what awaits them in them depths—it’s knowledge.