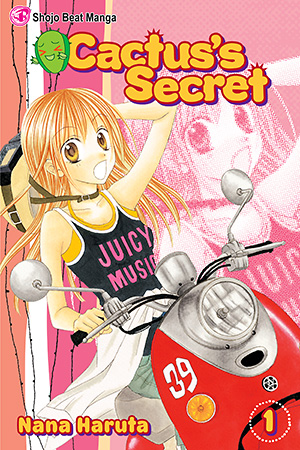 Miku Yamada has a longtime crush on classmate Kyohei Fujioka. But no matter how many times she tries to show him how she feels, clueless Kyohei just doesn't get it. Frustrated, Miku gives up on him, only to have him start calling her "Cactus" for being prickly when he's around. Will Kyohei ever figure out Cactus's secret?

Miku decides to try telling Kyohei her feelings by giving him chocolates for Valentine's Day. But Kyohei, unaware that he's the object of her affection, offers himself up as a practice partner for her love confession. Can Miku get through to him that he's the one she loves?