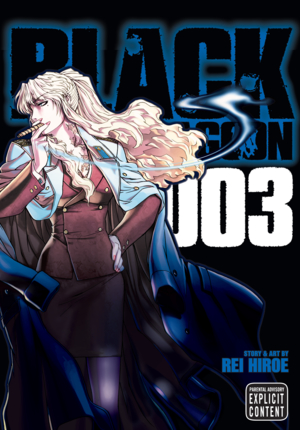 Roanapur turns into a war zone when Balalaika and Hotel Moscow team up with the Triad to hunt down the psychotic Romanian killers Hansel and Gretel. The bloody climax leaves Rock scarred by the grim reality of the underworld he's become a part of, but there's no rest for the wicked. A terrorist organization makes a move against the Triad, and the crew of the Black Lagoon once again gets pulled into the line of fire as an echo of the past comes back to haunt the present. Cock the hammer, it's time for action!